It’s early days at @NewYorkerCartoons, a wonderful new Instagram account launched Monday. But so far, out of 8 cartoons published, the one at press time with the largest amount of modern currency—1,998 Likes—is the following illustration by Lee Lorenz, originally published Aug. 23, 1993. 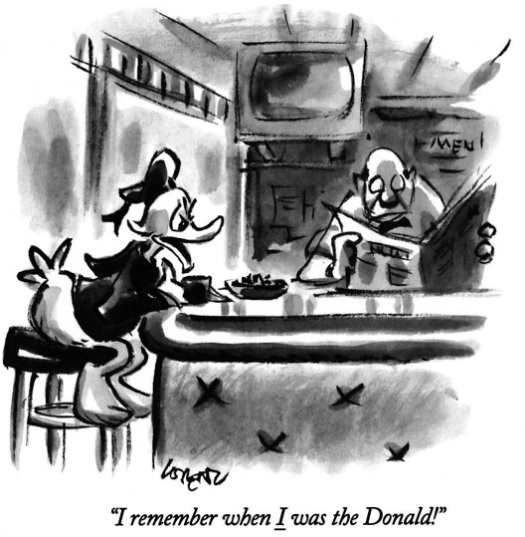 That year was key for Lorenz. He had been the art editor of the magazine since 1973 and ascended in 1993 to the position of cartoon editor. In an interview a few years ago with The Comics Journal, Lorenz reminisced about the rates offered by The New Yorker for cartoons when he first started submitting material in the 1950s:

“I think a gag was around $25 and a cartoon paid $150. The New Yorker had amazingly elaborate contracts. Harold Ross thought artists should be paid according to how much space they took up in the magazine. I started long after Ross was gone, but the contract was still for so much per square inch of published drawing. So of course everybody submitted the largest drawings they could. You also got a quarterly increase in your base rate and a bonus at the end of the year. It was very complicated. After a year or two I was selling very well there—so much so that I bought a little house in Connecticut. Then I had a kind of breakdown in the early sixties, and I couldn’t seem to finish a drawing.”

Another point worth noting, given the illustration above. As a child, Lorenz was not allowed to have any action comics. One of the few that he was given access to was … Donald Duck.