Whatcha gonna do when Hulkamania runs wild on you? 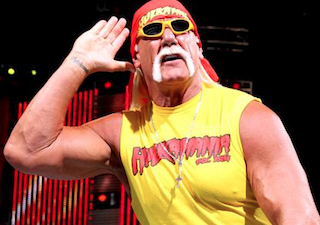 Terry Bollea, aka Hulk Hogan, is about to have his say in court, and you better believe he’s wearing his finest bandana for the occasion.

Bollea claims that the tape—which features Bollea having sex with his friend’s wife in 2006—hurt his reputation and destroyed his confidence. Gawker published the tape in 2012.

Gawker, meanwhile, says Bollea is a public figure and therefore the company is covered under the Constitution.

“We are defending the First Amendment against Hulk Hogan’s effort to create a world where celebrities can promote themselves around any topic, in this case sex, and then veto how the media covers their lives,” said Gawker Media, in a statement.