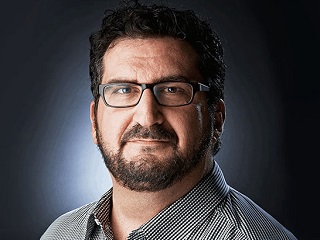 It was exactly two years ago that Tony Gervino assumed the role of editor in chief of Billboard. Today, per a memo from chief creative officer and THR-Billboard Media Group president Janice Min, his time with the publication has come to an end.

As you can sense, Billboard’s impact and size is expanding by the second. We just wrapped a hugely successful all-star Latin Conference in Miami and televised the Billboard Latin Music Awards on Telemundo. Shortly, the Billboard Music Awards will air on ABC, in partnership with Dick Clark Productions.

Digitally, this past month we recorded our second-largest audience total in history (27 million unique visitors), following the all-time record set in February (27.2 million). This year already we’ve had 67 videos exceed a million views on Facebook. Our social audience is now at a staggering 18 million, and we regularly see our content and events trending worldwide.

The quality and quantity of content, from our exceptional Prince coverage, to our in-depth Kesha story, to our artist visit live streams and 360 videos shot at Ultra, is breathtaking.

Mike Bruno, our Senior Vice President of Content, and I have discussed at length how we best and most effectively continue to grow this organization. I’d like to communicate to all of you some changes effective today.

Tony Gervino will be departing Billboard as its print editor in chief. Craig Marks will retain the title of executive editor reporting into Mike and serve as a deputy. Denise Warner and Shirley Halperin also will continue serving as deputies, operationally managing news and content creation on a day-to-day basis, with Shirley reporting into Craig on print production. All other print jobs and functions will remain the same.

The print content and covers of Billboard have undergone an unbelievable transition that we will continue (it only takes one look at the Prince cover to feel the impact). I’d like to personally acknowledge Tony’s contributions toward making this possible and thank him. Our magazine — especially its cover and influential readership — is among the many platforms we have that will continue to be championed and treasured.

Mike and I are confident and exhilarated by the power of the brand, as we hope you are too, and by our stable of best-of-class content creators here who will continue to innovate and grow with us.

Please don’t hesitate to reach out to me or Mike with any questions or thoughts.

Gervino came over to Billboard in 2014 from Hearst Magazines International.