Who says you don't learn anything from watching television? August A. Busch III tells viewers that his father gave a hitch of Clydesdales to his grand-father to celebrate the end of Prohibition. The team of horses was then "taken down Pennsylvania Avenue" to the White House, where the first case of post-Prohibition Bud was delivered to President Roosevelt.

When it comes to an assault on family values, Southern Baptists teach us that one can never be too paranoid.

No more chaos theory, no more quantum physics. Once known as followers of a head-in-the-clouds discipline, American account planners are now acknowledging that their future depends on their concrete contributions […]

When scholars come to write the history of the obesity epidemic of the early 21st century, they might well single out as a turning point a meeting held in the […]

In 1999, at the annual conference of the Account Planning Group-U.S., there were a lot of ways to tell that planning was the sexiest job in advertising. Salaries of top-level […]

The Male Ego Takes a Beating

Fans of Everybody Loves Raymond may recall the episode in which Ray Barone, alter ego of comedian Ray Romano, once again futilely attempts to assert himself in his household. His […]

How did today’s man become a henpecked wuss?

Fans of Everybody Loves Raymond may recall the episode in which Ray Barone, alter ego of comedian Ray Romano, once again futilely attempts to assert himself in his household. His […]

Philosophers postulate about it. Marketers of everything from cars to cruises to computers promise it. It’s a national duty to pursue it. But what exactly is the elusive and much-desired […]

These days it’s taken as fact that 9/11 didn’t raise the tone of the culture as much as we thought it might. Consider that 2002 began with the premiere of […]

As McDonald’s awaits a New York judge’s decision on whether to dismiss a lawsuit brought against the company by eight obese teens, it can take some comfort in the knowledge […] 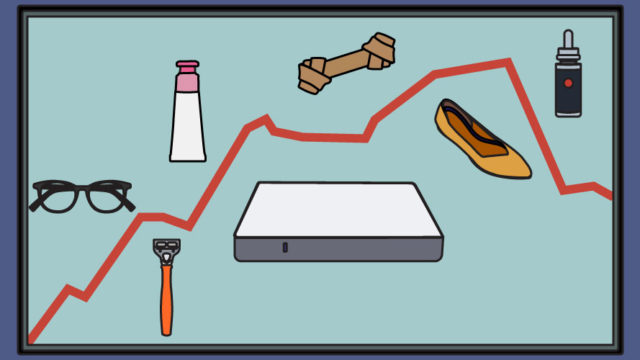