Exclusive! The First Interview with Dr. Oz on His New Hearst Title 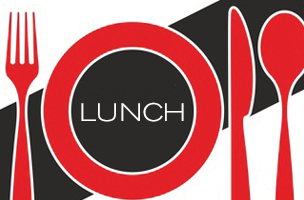 We understand that the deadline for Oscar voters to send in their ballots is today, but we’re still more than a little miffed that we missed seeing Leonardo DiCaprio, Bruce Dern and Richard Gere by a day. A little birdie told us Paramount threw a schmoozefest in the middle of Michael’s dining room yesterday to drum up some Academy love for its pictures — the overly long and ridiculously profane The Wolf of Wall Street and the absolutely brilliant Nebraska. Having a slew of Tinseltown A-listers in their midst gave the regular folks (it’s a relative term, I know) a chance to do some serious stargazing. “It was a bit surreal,” one diner told me. It seems only fitting to us that Hollywood took over the dining room on a day when the rest of Manhattan was in a deep freeze straight out of a disaster movie. The Day After Tomorrow, anyone?

Well, it is Wednesday, after all, and we wanted to start our new year of celebrity confabs off on the right foot so who better to whip us into shape than none other than Dr. Mehmet Oz, the Emmy-Award winning daytime television host, author of seven New York Times Bestsellers and dispenser of daily doses of helpful medical tips on 1010WINS.

And oh, yes, he’s also a renowned cardiothoracic surgeon at New York Presbyterian Hospital, who somehow manages to find the time to perform about 100 heart surgeries a year (he has office hours on Thursdays if you’re wondering) and a part-time superhero who goes around rescuing New Yorkers in peril all in the course of an average day. At lunch he told me of another tale of  being at the right place at the right time which occurred the same month he came to the aid of the woman who was seriously injured when she was hit by a cab on Sixth Avenue. During a trip to Salt Lake City, a fellow marathoner literally fell in Dr. Oz’s path when the man went into distress due to a heart problem. Of course, Dr. Oz was able to put him in an ambulance, visit him the next day and has stayed in touch to stay apprised of his defacto patient’s recovery.

The good doctor is launching his own lifestyle magazine in partnership with Hearst titled Dr. Oz The Good Life, and this afternoon he brought along a retinue of bigwigs and handlers from his various projects and his charming wife Lisa Oz, whose CV includes a career in television and her own slew of bestsellers (the couple co-authored their You series together; Lisa wrote Us solo and as a result, says Dr. Oz, his wife has “one more bestseller than I do!”).

My first question when he arrived for our lunch at the appointed time on the dot of 12:15 was: how does he possibly do it all? “I have the best people working with me; I pick really smart people,” he told me while extending his arm out to introduce me to his wife of nearly 29 years. “And marrying Lisa was the best decision I ever made. She’s much smarter than me.” That’s saying something since he got his undergraduate degree at Harvard and received a joint MD from the University of Pennsylvania School of Medicine and MBA from Wharton Business School.

And lest you think Dr. Oz never sleeps, he tells me he does and gets up at 5:45, does a seven-minute yoga routine and is working at whatever is on tap for the day by 7 a.m. His days are anchored by routines that he says keep everything on track. “I’d rather work smart than hard,” he said, but that seems all but impossible when he reels off a daily schedule that would fell most mere mortals.