And Jay's motto was, 'Good enough is not enough.' 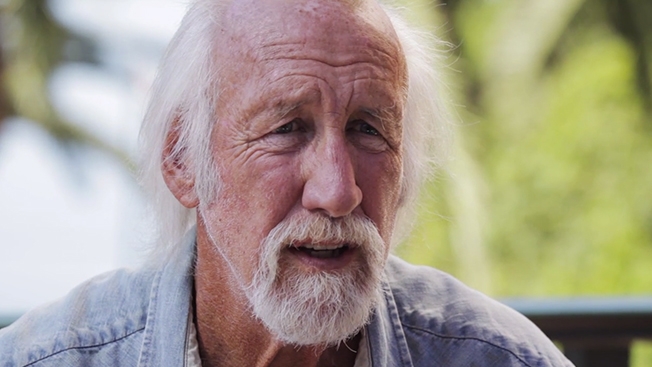 TBWA's Lee Clow thought he had met the toughest, most uncompromising leader in Jay Chiat, the former CEO of Chiat/Day—that is, until he met Steve Jobs.

Clow, in a short film about his life and career that Rick Boyko played during an Advertising Week session today, said Jobs, the fearless leader of Apple, was "as tough if not tougher on people than Jay," who, among other things, was known for not-so-warm and fuzzy mottos like, "Good enough is not enough."

"He was always demanding that [Apple's advertising] be better, always demanding that it be breakthrough, different—'Ah, that looks like shit like everybody else does,'" Clow recalled Jobs saying. "And for whatever reason, he and I built a long trust that I wanted to do what he wanted to do. He believed that in your heart, you cared about the same stuff that he cared about."

Later in the film, Clow remembered the day in 1997 that Jobs called after he had returned to Apple as CEO and wanted to, naturally, change up the brand's advertising.

"One of the most exciting phone calls I ever got in my life was Steve calling me—I was driving along in my car, actually. [Jobs said], 'Guess what? [Gil] Amelio just resigned and I'm going to be CEO at Apple. Can you come up and help me?' What a moment in time," Clow said. "And then the panic sets in: Shit, he's going to want to do something to save this company and he wants me to help. So, here's the challenge of your life."

Jobs wanted fresh ideas and while Apple's products back then were uninspiring, Clow said he "knew enough about Steve's heart and his passion and what he cared about—the creativity that he tried to build into the first Macintosh, the celebration of creative people—that we sat down and in a long weekend, we created this thing called, 'Think Different.' And it was kind of throwing down the gauntlet to the company and telling the world that Apple wasn't going to go out of business.

"It did this crazy celebration of genius in the world," Clow added. "And at the same time, it reminded Apple who they were and what they cared about, what their values were. Interestingly, we painted a picture of the kind of company that Steve Jobs now definitely belongs in, in terms of his people changed the world. And that was the end of the commercial: People who are crazy enough to think they can change the world are the ones who do. And he did."

The ad that Clow referred to is, of course, "The Crazy Ones," which broke in 1997, during the network TV premiere of Pixar's Toy Story:

Clow's 18-minute film is part of a documentary series that Boyko, the former head of VCU Brandcenter and creative leader at Ogilvy & Mather, is developing for the Art Directors Club that aims to bring new faces and next generation creative people into the creative arts, including advertising. Other subjects include architect Clive Wilkinson and designer Ivan Chermayeff.