Ad of the Day: Starbucks Tells Your Story, Not Its Own, in First Global Brand Campaign 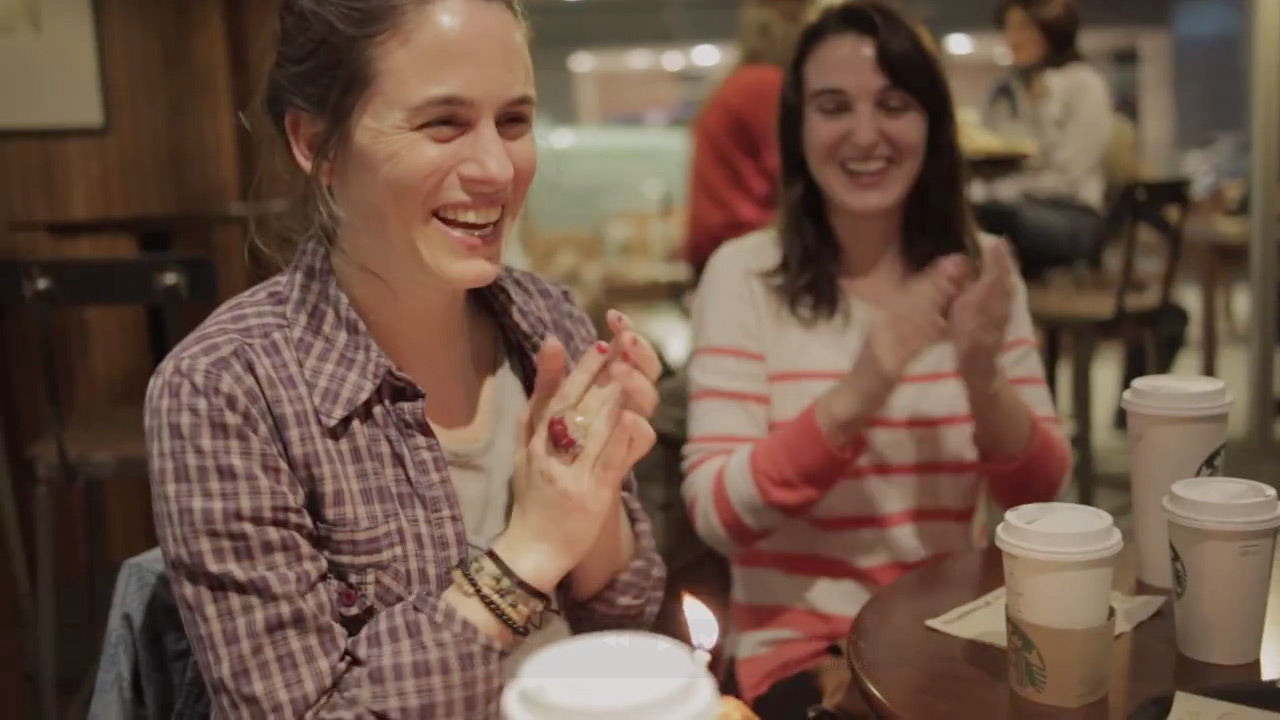 Need a place where you can audition someone for your band? Where you can haul your giant computer equipment for a geeky meeting? Where you can fuel up with your fellow bikers? Where you can celebrate a birthday, reconnect with a long-lost friend or just engage in a little PDA?

There's a Starbucks for that.

The coffee giant rolled out its first global brand campaign on Monday. And the focus is very much not on Starbucks (well, kind of not on Starbucks) but on the millions of people who get together at its stores every day—and the stories they have to tell.

The feel-good theme is "Meet me at Starbucks," and the centerpiece—a five-minute-plus mini documentary by 72andSunny—shows people doing just that. It was culled from 220 hours of footage filmed in a single 24-hour period in 59 Starbucks stores (including the one I visited this morning, on Astor Place in New York) in 28 countries by 39 local filmmakers and 10 local photographers.

We get to visit everywhere from Rio de Janeiro to Bogota, Singapore to Beijing, Mumbai to Toronto, Paris to Berlin to Istanbul. And the bonhomie—like your latte—appears to be much the same wherever you go.

Last week we posted some new Starbucks work by BBDO New York that was very minimalist—images of text-message conversations cleverly showed how meeting people face to face is better than communicating virtually. The new campaign has the same message, but the style is sprawling by comparison.

On YouTube, the five-minute film is interactive, giving you options to watch eight other films that tell the stories of different eclectic groups who regularly get together at Starbucks. We meet scrapbookers in Long Beach, N.Y.; postcard-sending fanatics in the Czech Republic; women practicing the art of knot tying in Japan; a hearing-impaired group meeting weekly in Honolulu; and more. (The film was cut into 30- and 60-second TV ads.)

If that's not enough, you can click on "Gallery Mode" and get a whole screen full of smaller screens—with little films and vignettes everywhere you look. If this smorgasbord of virtual content doesn't convince you to stop consuming virtual content and go meet someone face to face, nothing will. (Actually, it's not that easy to embed anything except the main film, and perhaps that's a way to prevent virtual sprawl.)

Rather than make any real argument for getting together at Starbucks specifically, the campaign assumes you probably already do. (It takes a brand of Starbucks' size to say things like, "It's never been just about the coffee.") And so the brand happily blends into the background. It's so ubiquitous, it's almost invisible. It's the happy host. And it lets the consumer be the hero.

What the campaign does suggest about Starbucks, though, is that it's not just the unthinking, inevitable choice. Indeed, everyone here is thinking, and feeling, very deeply indeed. It's not just what everyone does. It's what interesting, passionate people do—and it's what they choose to do.

"Good things happen when we get together. See you tomorrow," says the copy at the end. It's hard to argue with the first statement. The second, despite the phrasing, is actually up to you. And if the campaign does what it's supposed to, it will feel like a real choice—and one you'll gladly make.