Ad of the Day: Lawn Doctor Just Made a Ton of Quirky New Ads and Will See What Sticks 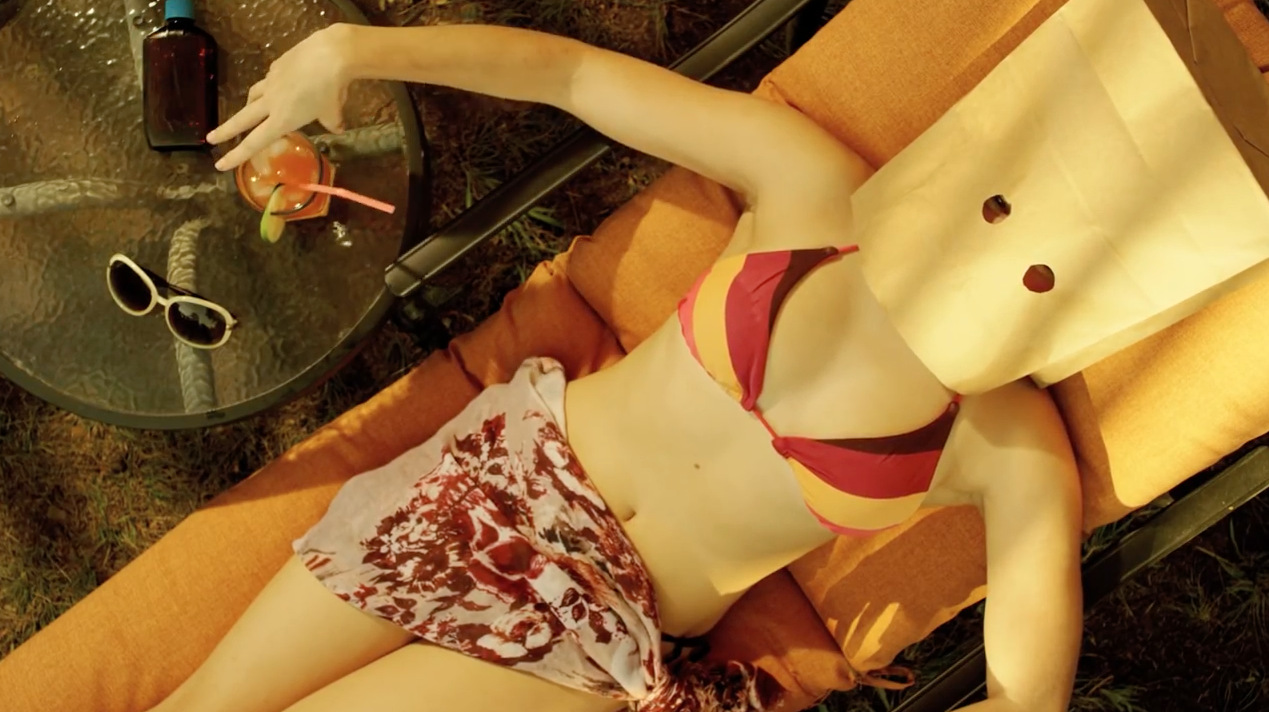 Rather than focus on an overarching campaign with a unifying brand theme, the agency opted for a series of highly targeted social videos, banners and related content, addressing specific consumer concerns in fun and often unexpected ways.

"This is retail advertising, first and foremost," Tim Cawley, Sleek Machine's creative chief, tells Adweek. "It seemed most important to motivate an immediate reaction, as opposed to creating some lofty strategy."

All told, the campaign contains more than 50 ads that will run through mid-summer. Several different creative textures are on display, each boasting satisfyingly askew humor that never goes too far over the top. For example, to illustrate the mantra, "Don't be embarrassed by your lawn," several clips are set in a brown-ish, barren backyard, and feature a typical American family … wearing paper bags over their heads:

With that arm, he'll be mowing 'em down. Hey, maybe The Unknown Comic can break into that lineup!

Next, we have minimalist spots that showcase luxuriant lawns. "Lots of brands do Happy Valentine's Day type posts, based around calendar holidays," says Cawley. "But we wanted something more ownable. What are those occasions over the course of the spring and summer when you friends, family and neighbors might be coming over, and you need to have your place looking up to snuff?"

Whoa, even clown feet are creepy. Take a hike, Bozo!

If Billy Joel were obsessed with lawn care, he'd write songs like that. "Eric was a recommendation from a producer friend in L.A,." says Cawley. "Those are complete, unedited takes. No vocal tuning, no computer tricks. He made up each of those melodies right on the spot."

The next video shows content seeded as unbranded social posts. The items pop up in user feeds with cutesy clickbait headlines, but clever twists await:

Of course, no social campaign would be complete without cuddly pets. Here, Fido and Whiskers pitch in to tout the client's Yard Armour mosquito and tick control line: The buy is concentrated on YouTube, Facebook and Scripps sites like DIYNetwork.com and HGTV.com. Placement turns on "a programmatic media plan powered by Lawn Doctor's first-party data set via MediaMath," says Cawley. "Every creative department wants to make lots of stuff. Every client loves to test, learn and optimize." By making so many pieces of creative, both Lawn Doctor and Sleek Machine can gauge what works best in the marketplace, he says.

Working quickly, however, was paramount late last year, during the campaign's production. In order to get lush, verdant backyard footage, "we shot all the work in a feverish 48-hour window," says Cawley, "just in the nick of time before America's lawns went dormant for the winter."