NEXT:Former Fox News Correspondent, WNYW Host Greg Kelly Is Returning to Television News
PREVIOUS:Poll: Will Shepard Smith Join MSNBC, and If So When Will He Anchor? 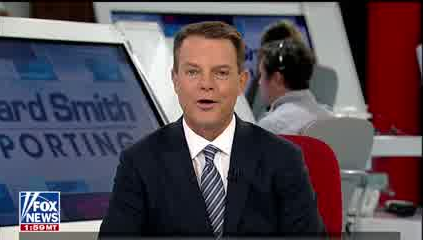 “The Chuck Todd is leaving 5 p.m.” story seems to be gaining momentum.

Earlier this month, Page Six reported that MTP Daily would eventually be booted from its time slot, with the network giving 4 p.m. host Nicolle Wallace an extra hour on weekdays (4 – 6 p.m. ET).

Now, The Daily Daily Beast appears to be confirming that report. MSNBC supposedly wants to move MTP Daily to 9 a.m., much to Todd and the staff’s chagrin, reportedly.

Todd is no stranger to 9 a.m., having co-hosted MSNBC’s 9 a.m. hour with Savannah Guthrie years ago. Their show Daily Rundown launched in Jan. 2010 and ended in Aug. 2014, when Todd was named Meet the Press moderator.

After giving Fox News a run for its money, ratings-wise, in 2017 and 2018, MSNBC seemed to have lost that momentum in 2019 and hopes to regain it in the run up to the election. One idea the network’s powers-that-be have reportedly been discussing is bringing in new talent, in the form of former Fox News anchor Shepard Smith. According to the Daily Beast, Smith has had conversations with MSNBC President Phil Griffin about a potential gig when his non-compete expires, although his price tag is expected to be quite significant for any interested outlet.

“It’s unclear what slot he would take, but we’d want him in prime time,” an MSNBC insider reportedly told The Daily Beast.

Back in October, CNN president Jeff Zucker publicly expressed interest in speaking with Smith, and according to Daily Beast report, he already has.

Smith left Fox News on Oct. 11 of last year, due, in part, to mounting disagreements with some of the prime time hosts and commentators.

America’s commander in chief went after Smith on a number of occasions via Twitter, which didn’t exactly help matters.

Greta Van Susteren was the most-recent high profile former Fox Newser-turned MSNBC host. Her 6 p.m. MSNBC program didn’t perform particularly well ratings-wise, partially because she didn’t come on board with the reputation of consistently criticizing the president. Smith’s past criticism of the president would undoubtedly resonate more strongly with MSNBC’s audience.

One of Fox News Channel’s original hires in 1996, Smith was the face of the network’s news operation for decades. He had covered virtually every major news story over the course of his career at FNC, as both a correspondent and an anchor.

We named Smith one of our “30 Most Impactful TV Newsers of the Past 15 Years” at this time last year.

With Todd potentially moving to 9 a.m., where would newly-named NBC News senior business correspondent (and MSNBC 9 a.m. anchor) Stephanie Ruhle go? Perhaps to 3 p.m., where the former Bloomberg Newser could focus her reporting on the market closings, giving CNBC and FBN some competition.

Katy Tur is reportedly another candidate for the 3 p.m. hour, as is former NPR host Joshua Johnson.

Ali Velshi recently left the 3 p.m. hour to host a 2-hour MSNBC weekday morning show, which is set to launch later this month.

On the weekends, changes are expected in the schedule prior to Joy-Ann Reid’s 10 a.m. Saturday and Sunday show, which draws a healthy viewership and is seen as the anchor of the network’s weekend programming. Alex Witt is expected to continue at noon to 2 p.m. and David Gura (Joy Reid’s former lead-in) has taken over from 2 to 4.

We’ll continue to keep an eye on these developments, but if MSNBC wants to move closer to Fox News in the ratings, it needs to shake things up a bit.