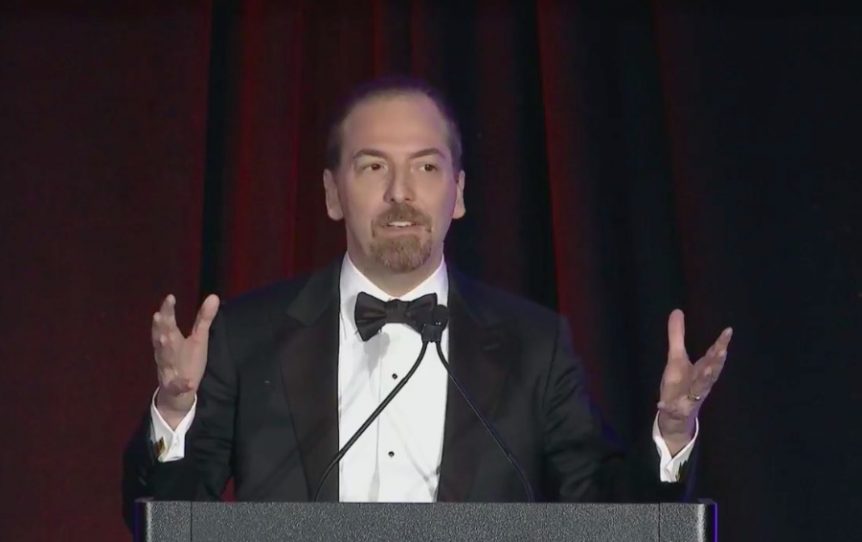 Chuck Todd‘s MTP Daily may be removed from MSNBC’s 5 p.m. time slot. This is according to a report in Page Six.

Per the report, NBC News chairman Andy Lack and MSNBC chief Phil Griffin have tried to persuade Todd to move MTP Daily to 9 a.m., with politics-focused Morning Joe as its lead-in.

Stephanie Ruhle was recently promoted to NBC News senior business correspondent and could be moved off the 9 a.m. hour.

MSNBC is not commenting on the Page Six report.

MTP Daily finished No. 3 among the 5 p.m. cable news shows in A25-54 last year, behind both Fox News’ The Five and the 5 p.m. hour of CNN’s The Situation Room with Wolf Blitzer. MTP Daily did finish ahead of CNN in total viewers.

With that in mind, moving the program away from 5 p.m. (or dropping it altogether) isn’t a completely far fetched idea.

However, according to a source for Page Six:

“Chuck doesn’t want to move to 9 a.m. He’d rather leave MSNBC completely and focus on ‘Meet the Press’ on Sunday, and continue to provide news and political analysis across all NBC News platforms including digital. He sees his show as news, not opinion.” Another insider mused it was “madness for NBC to upset the face of its political coverage ahead of 2020. They need Chuck on air every day.”

As the above excerpt notes, Todd’s already pretty busy already, even without the daily cable show. He moderates America’s No. 1 Sunday show, Meet the Press, and helms the podcasts and events that are attached to the MTP brand he has helped build in recent years.

If MTP Daily ends, perhaps Todd could move into a role at MSNBC that’s similar to what Chris Wallace does at Fox News each weekday, offering political analysis throughout dayside hours, and contributing to special event coverage, in addition to moderating the broadcast network’s Sunday public affairs show.