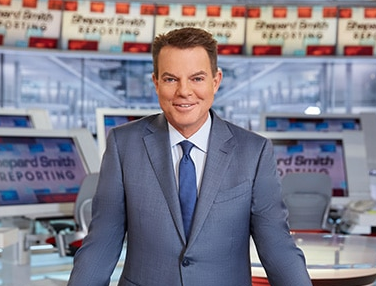 Adweek: What were you doing 15 years ago?
Smith: Like now, I was covering the news of the day. 2004 was an enormously busy year for us, and absolutely breathtaking in its scope. We saw the devastating tsunami in Asia, and we stood witness to unspeakable terrorist attacks including those in Beslan and Madrid. And as America debated the merits of Bush 43 and John Kerry, the world looked on as Afghanistan held its first presidential election.

What’s your favorite professional moment of the past 15 years, and why?
There is no singular moment. There is only the daily effort of trying to tell the stories that most matter. Those that educate us, that inspire us, that explain common truths, or reveal hypocrisy. No day is the same. No story is the same. And that is why we all wake up every day, and do the work we do.

What is the biggest way that TV news has changed over the past 15 years?
There have been far too many consequential changes to list here. But I’ll explain what I tell students and young professionals who pass through the newsroom: The only constant in this business is change. When I was just starting out, we ripped wire reports from printers in the newsroom. Then the Internet changed how we communicate. Everything moved at the speed of light (or more realistically, at your 28.8 kbps modem connection.) More recently, Twitter and various mining/aggregator websites have done it again. The college graduates today (like all of us) have no idea what the next 15 years will hold. All anyone can do is be ready for change. And that’s part of what makes it all so exciting.

What do you know now about the business that you didn’t know 15 years ago?
I would often hear complaints like ‘Why is the news always so depressing? Why aren’t there more happy stories?’ For a long time, my internal response would be ‘Well, there’s a lot of tough news out there.’ But over the years, I’ve come to find it’s important to look for points of hope, even during the darkest days. Find those who sacrificed, seek out those who were selfless. Everybody needs reason for hope. But sometimes, also… they just need to spend an hour or two watching a couple of llamas run through the streets.