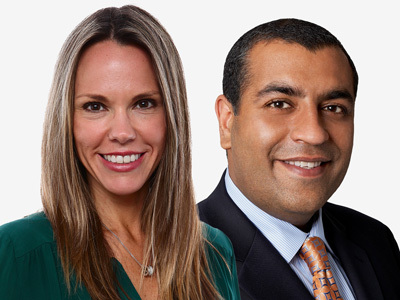 In a major restructuring, CBS is combining the journalistic and businesses resources of CBS News and the CBS Television Stations and tapping a pair of executives from outside the company to jointly run it.

Days after reports swirled that Susan Zirinsky would be stepping down as the CBS News chief, ViacomCBS said that Hearst Newspapers, cable networks & digital media executive Neeraj Khemlani and former ABC Owned Television Stations group President Wendy McMahon have been named presidents and co-heads of CBS News and CBS TV Stations, which have been combined into a single division.

“This is an opportunity to create a news and information structure that positions CBS for the future,” George Cheeks, president & CEO of the CBS Entertainment Group, said in a statement. “Wendy and Neeraj have the leadership background and cross-platform accomplishments that cover all these important areas, and they share our commitment for supporting superior journalism, optimal delivery platforms and the strongest of organizational cultures.”

The pair will start their new roles in the new group early next month and will co-manage all aspects of the division. Both previously worked at CBS: Khemlani was a producer on 60 Minutes and 60 Minutes II for eight years and McMahon spent seven years at WBZ Boston and WCCO Minneapolis.

“I’m excited to return home to CBS and work with George and Neeraj to build out a unique and inspired structure that brings together the best in journalism, digital innovation and collaboration, to serve audiences at a time when trusted news and information–the hallmark of CBS–has never been more needed,” said McMahon in a statement.

“I’m excited for us to embrace this transformative moment in journalism, culture and technology with a structure and product set that will amplify the importance of the original reporting and storytelling at CBS News and our local stations on all platforms, including the premiere global streaming news network,” said Khemlani in a statement. “And I also want to acknowledge the journalistic force that is Susan Zirinsky for positioning the brand for great days ahead.”

Meanwhile, current CBS News chief Zirinsky will continue in her role until the new leadership has started and will assist with the transition. The company said it is currently in discussions with Zirinsky for a “significant role” at a new CBS News Content Studio launching later this year.

Zirinsky was named CBS News president in January 2019, after David Rhodes announced plans to step down in February 2019, when his contract expired. She had been with CBS News since 1972.

Her most likely internal successor was evp of news Kim Godwin, but on Tuesday ABC News tapped Godwin as its new president. McMahon was also one of the potential candidates our sister blog TVNewser thought could fill the vacant ABC News role.