NEXT:2018 Ratings: FBN Sets Business Day Viewership Records
PREVIOUS:Gayle King on the Susan Zirinsky Promotion: 'She Is a Smart Cookie, a Badass in Every Sense of the Word...' 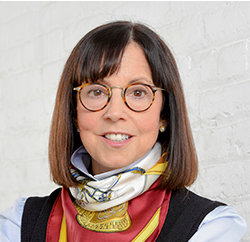 The focus might be on NBC tonight, but CBS News is making some huge changes right now.

David Rhodes announced that he is stepping down from his role as CBS News president at the end of February, which is when his current contract expires.

“No broadcast news producer is more highly respected and admired than Susan Zirinsky,” CBS president and acting CEO Joe Ianniello said in a statement. “She is an exceptional leader, a creative force, and an outstanding and proven journalist.  Her energy, innovative instincts and competitive spirit are just what is needed to bring the best of CBS News to viewers on every platform.”

Zirinsky added: “I have been honored to work closely throughout my career with great CBS News journalists. This may be a new role, but the mission is the same: deliver quality, in-depth journalism and engaging storytelling. CBS News has an incredible legacy to build on. The public’s interest today for news and information is intense, and CBS News is uniquely positioned to expand its reach.”

Zirinsky has called CBS News home since 1972, beginning as a part-time desk assistant in the CBS Washington Bureau while attending college at American University, and moving up through the ranks over decades.

It’s been eight incredible years since I joined @CBS. I’m pleased to announce that I’ll soon be handing the reins @CBSNews to Susan Zirinsky, our Senior Executive Producer

David Rhodes was named president of CBS News  in February 2011 at the age of 37, after stints as an executive at Bloomberg and Fox News.

There were some high points for the network under Rhodes’ leadership over these 8 years, such as the launch of CBS This Morning in January 2012, with Charlie Rose, Gayle King and Erica Hill as the original trio. Norah O’Donnell replaced Hill in the fall of 2012.

In addition to CTM, Rhodes was also instrumental in building the digital side of CBS’ news business, launching the 24/7 streaming news service CBSN in 2014.

But there have been problems as of late.

The announcement comes two days after CBS This Morning executive producer Ryan Kadro departed the morning show. The announcement that Kadro would leave the show came in mid-December, right after the Washington Post reported that CBS settled a lawsuit with multiple former employees who sued the network for failing to act on alleged sexual harassment by Charlie Rose.

Kadro was named in the lawsuit by the staffers as someone who they alleged was “fully aware” of the harassment, but chose to do nothing about it.

CBS This Morning is currently without an executive producer.

The network parted ways with longtime 60 Minutes executive producer Jeff Fager back in September, weeks after The New Yorker published a bombshell story from Ronan Farrow in which a half dozen accused now-former CBS Corp. chairman and CEO Les Moonves of sexual harassment and intimidation going back several decades, and 19 current and former CBS staffers said that Fager enabled harassment at CBS News.

In November 2017, the network fired its star morning show host in Rose, following news of sexual harassment allegations made by eight women against the longtime TV journalist, allegations detailed in an in-depth Washington Post story.

Hit the rewind button to spring 2017. Rhodes moved Scott Pelley off of the CBS Evening News in May of that year, and the transition was reportedly quite a “messy” one. Rhodes went from Pelley to Anthony Mason (on a temporary basis) and eventually turned to Jeff Glor, who has been the permanent CBS Evening News anchor since Dec. 4 2017.

In addition to the aforementioned controversies, there’s also that thing called ratings, which media companies, especially news networks, are seemingly obsessed with.

Ratings for the CBS Evening News and CBS This Morning have fallen since Pelley and Rose were moved off of those respective programs. Not only is each mired in third place, but both have been experiencing steeper year-over-year audience losses than their ABC and NBC competitors.

It will be interesting to see what moves Zirinsky can and will make to inject some life into a news division that has seen better days.