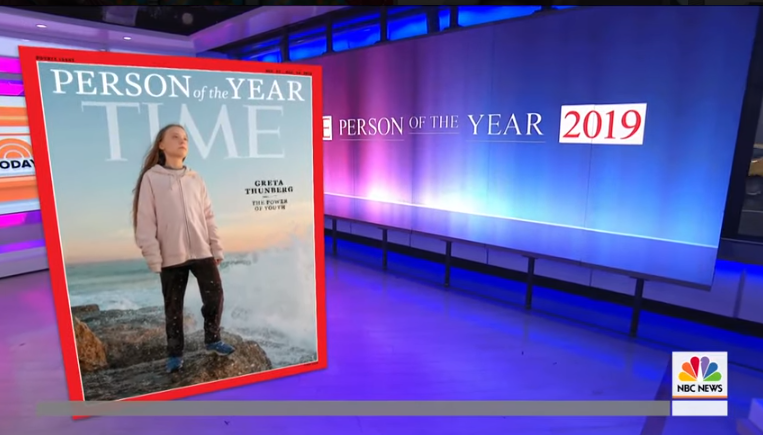 The 16-year-old woman from Sweden is the youngest honoree since Time began naming a Person of the Year in 1927, and she has become the face in the fight to save the environment from the rapid effects of climate change.

“In this moment when so many traditional institutions seem to be failing us, amid staggering inequality and social upheaval and political paralysis, we are seeing new kinds of influence take hold,” writes Time editor in chief Edward Felsenthal. “It is wielded by people like Thunberg, leaders with a cause and a phone who don’t fit the old rubrics but who connect with us in ways that institutions can’t and perhaps never could.”

Thunberg was nominated for a Nobel Peace Prize in March, and has been the catalyzing force in a host of student-led strikes involving more than 1 million students across the world in the last 2 years after she began spending her school days protesting climate change outside Swedish parliament.

She drew worldwide notice for a speech at the U.N. Climate Action Summit in September after sailing from England to New York in a solar-powered boat for the conference instead of flying because it’s harmful to the environment.

The 2018 Time Person of the Year was the late Washington Post columnist Jamal Khashoggi. The American journalist was brutally murdered in October 2018 at the Saudi Consulate in Turkey.

The shortlist of 5 candidates for 2019, announced on Tuesday, included Pres. Trump, Speaker of the House Nancy Pelosi, the anonymous CIA whistleblower whose complaint played a central role in triggering the impeachment proceedings, and the pro-democracy protesters in Hong Kong.

Disney chief executive Bob Iger was named Time’s Businessperson of the Year after the successful launch of the streaming service Disney+ and a record of more than $10 billion in box office receipts for Disney movies.