NEXT:Study: Weekly Time Spent Watching TV News Has Jumped 81% for Millennials
PREVIOUS:Fox News Anchor Eric Shawn Asks Viewers to Stay Home: 'There Are So Many Suffering. It Is Personal. It Is Crushing'

While the overwhelming majority of our TV news industry coverage these days is focused on breaking news, there still is a presidential election taking place later this year. That means our bimonthly TVNewser Notebook feature is here to stay.

As you might recall, from January through October 2020, TVNewser is speaking with veteran political reporters from across the TV news spectrum about their presidential election memories.

Karl is not only ABC’s lead reporter on the White House beat, but he’s also president of the White House Correspondents’ Association, and author of Front Row at the Trump Show, available now from Dutton.

We recently caught up with Karl for this feature to get his thoughts on presidential election coverage, past and present.

TVNewser: Give us an interesting anecdote from the first presidential election you covered.

Karl: I covered the 1996 presidential campaign for CNN as the so-called “Generation X” correspondent, which gave me the opportunity to travel the country and cover the campaign with a specific focus on the issues and concerns of younger voters. I remember interviewing [Public Enemy member] Chuck D live on CNN during an event hosted by Rock the Vote at the Hard Rock Cafe in Chicago.  He was involved in the effort to encourage young people to vote and I was excited about interviewing him, but about 5 minutes before we went live, a concert started near our camera set-up (if I remember correctly, Sheryl Crow was performing). It was so deafeningly loud, it was impossible to hear anything. As the interview was about to start, I leaned into Chuck D and said, “You won’t be able to hear my questions, and I won’t be able to hear your answers.” I told him what I would be asking him and the interview took place live on CNN. Somehow, the interview went off without a hitch.

Every election is a learning experience. One titanic lesson from the last campaign: Don’t be sure of anything.

Social media has transformed the coverage of presidential campaigns in many ways. For one thing, Twitter provides an outlet to report news instantaneously. That can be a great thing, but it can also be treacherous. There is no filter. Mistakes go out as instantly as scoops. Social media can also be a great place to pick up leads on good stories, but social media also allows for the rapid spread of rumor and disinformation. The bottom line: the power of social media has underscored the importance of good, old-fashioned reporting. You need to report the facts and check your sources, whether you are about to hit the tweet button or go on network television. 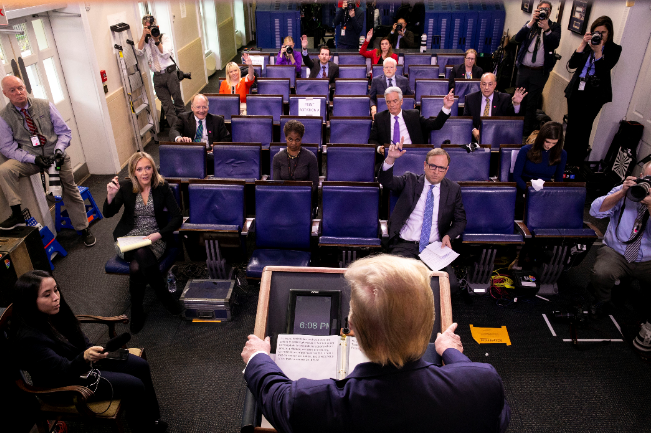 There are many political reporters who I admire. Can I name three who all work at one newspaper? Jonathan Martin, Maggie Haberman and Peter Baker. This lineup is the journalistic equivalent of the 1927 Yankees.

That’s a tough one. But I’ll say dinner at Bern’s steakhouse in Tampa Bay during the 2012 Republican convention. The wine list—filled with old and obscure bottles—is a marvel. I’d also add that Des Moines has the more excellent restaurants per capita than any city in America.