NEXT:Nightline Moves to Its Original Time Slot This Week
PREVIOUS:Staffer on Third Hour of Today Show Tests Positive for COVID-19 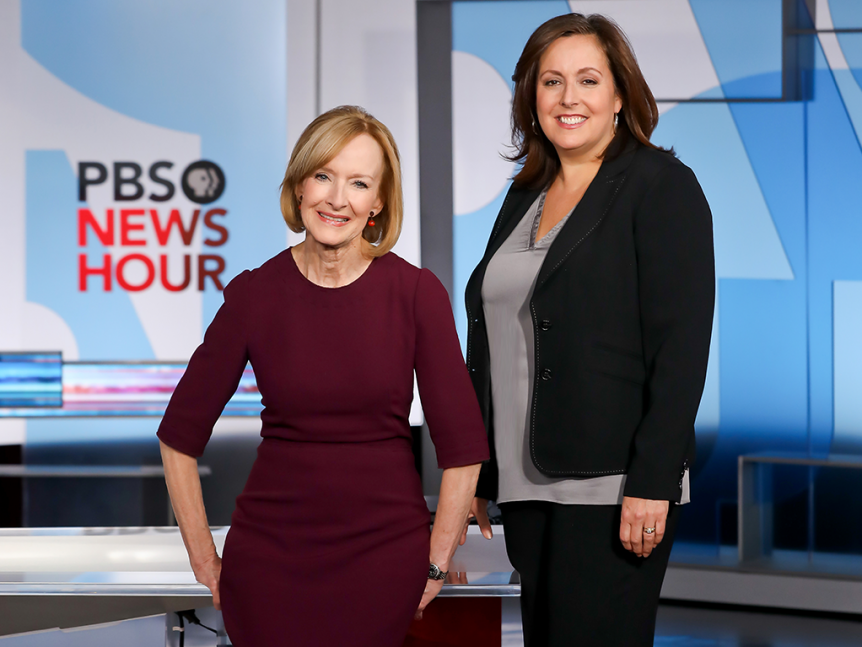 From January through October 2020, TVNewser is speaking with veteran political reporters from across the TV news spectrum about their presidential election memories.

Woodruff: July 1972: As a young reporter based in Atlanta for then-CBS affiliate WAGA, covering Georgia politics, I was sent to Miami, where George McGovern was to be nominated for president in one of the most contentious Democratic National Conventions in modern US history. My assignment was to report on the Georgia delegation, and especially reports that Gov. Jimmy Carter was angling to be named McGovern’s vice presidential running mate, at the same time he was helping organize a “stop-McGovern” movement. Unfortunately, my crew and I never got credentials, so we covered it from outside the Miami Convention Center – until we were able to sneak inside about 2 AM on the last night, in time to hear McGovern give his acceptance speech, and grab interviews with GA delegates.

Just: In February of 1992, I was a junior producer working on political coverage for Ted Koppel’s Nightline. The program was drawn into a tense series of days of reporting on a letter that Bill Clinton had written 25 years earlier about the Vietnam draft.  There were many questions around the motives of the source who provided the letter, the timing, the intent. I was hardly a senior member of the team covering those events, but I learned so much during that time about journalistic integrity, even amidst much criticism and pressure. The best part was that my bosses included me in their discreet discussions during those days. It was an on-the-job education. I am reminded today that it is our obligation as newsroom managers to include junior staffers as much as possible even in some very sensitive decision making, because as time goes on, they too will be in similar positions, facing similar pressures.

Is there anything you have learned from previous election coverage that you’re taking into account as you cover this one?

SJ: Every election throws cold water on some piece of conventional wisdom or another. I don’t think any of us who covered 2016 think about national polls in the same way.

JW: Information is coming at us in greater volume and at much faster speed than ever before: that keeps us on our toes. But the fundamentals of reporting remain the same; the need to be accurate, thorough, fair, skeptical but respectful – are constants.

SJ: Social media has changed so much about how quickly we learn things, and how quickly we must fact check and apply our natural skepticism. The work is the same – but the speed has become a major liability if you’re not careful.

Who is one political reporter whose work I truly admire?

SJ: There are so many that I admire. I would recommend never skipping a story that begins “By Susan Glasser.” (The New Yorker staff writer)

What’s the best meal/restaurant I’ve had / been to during election coverage?

SJ: For a manager in the newsroom for most recent election nights, it’s all about the catering. As we order catering to our newsroom for big nights we think about the fact that we don’t want reporters and producers sleeping under their desks after a meal of turkey and mashed potatoes. We recently banned pizza for late night special coverage. We need energy!  Healthy food, and as the night wears on, a cookie can help.