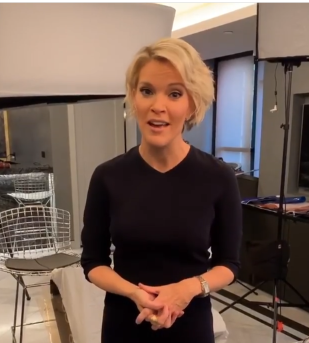 Megyn Kelly is back! Well, sorta.

The former NBC and Fox News host has established her own verified Instagram and YouTube accounts, where she’ll be posting videos.

Kelly’s first post on her new Instagram account is a tease of an interview she wrapped earlier today with the former ABC employee who was fired by CBS News for allegedly leaking a hot mic video of GMA and 20/20 anchor Amy Robach. As we’ve reported throughout the week, in the clip, Robach says she had a story on billionaire pedophile Jeffrey Epstein’s alleged sexual misconduct three years ago, but that the network decided not to air the story.

Kelly says she will break news on the platform later today.

Launching my Instagram with an exclusive interview of the woman just fired after the leak of a hot mic moment by ABC’s @ajrobach. But did ABC News target the right person? ⠀ ⠀ Follow along with me here @MegynKelly, for current stories and my insight in real time.

The launch of Kelly’s Instagram account comes more than a year after NBC News announced that it was ending Megyn Kelly Today after the former Fox News host questioned if blackface was racist during an segment on Halloween costumes. Kelly said when she was growing up, blackface, “was OK as long as you were dressing up as like a character.” Kelly later apologized to her colleagues and audience for the comments.

Kelly and NBC News ultimately parted ways, with Kelly taking home $25-30 million her what was a reported $69 million contract.
< Previous Article
Next Article >
Advertisement
Advertisement
Get TVNewser delivered straight to your inbox
Advertisement