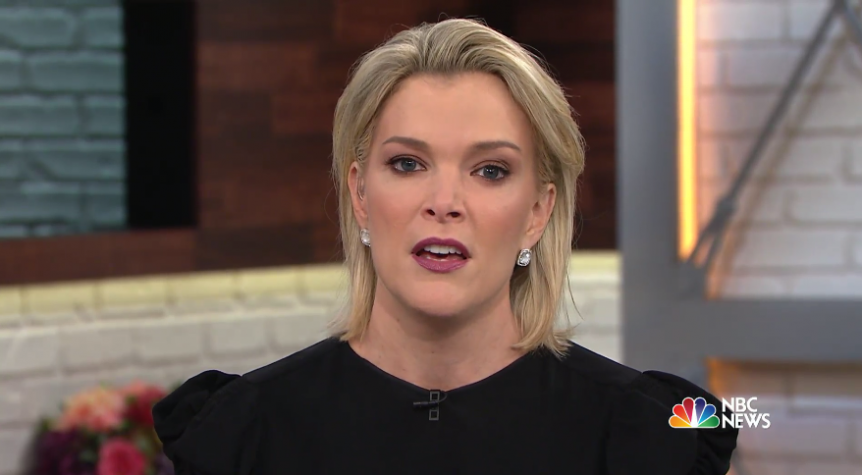 Megyn Kelly’s time at NBC News is all but over. The Fox News star-turned-NBC Newser will not return to the 9 a.m. hour of Today, an NBC News spokesperson confirmed this afternoon.

“Next week, the 9 a.m. hour will be hosted by other Today co-anchors.”

This comes hours after the Today show reported that NBC News confirmed Kelly was negotiating her “imminent departure” from the network, but no decision about her future has been finalized.

The end of Kelly’s time as host of the 9 a.m. hour comes days after she apologized for making on-air remarks about the use of blackface on Halloween.

It was a rocky stint for Megyn Kelly Today, which launched in September 2017 to much fanfare and under much scrutiny. The program went through some growing pains. It was known for some heated panels and sometimes awkward conversations with guests. Yet it also managed to score an Emmy nomination, and was praised by many for covering NBC News’ sexual harassment saga and #MeToo movement. The program also posted month-to-month ratings growth this summer, despite a very rough start.

“You’re definitely going to feel something when you watch this show, something other than anger,” Kelly told us in a July interview.

Apparently too many viewers—and NBC News execs—felt anger for the show to go on.