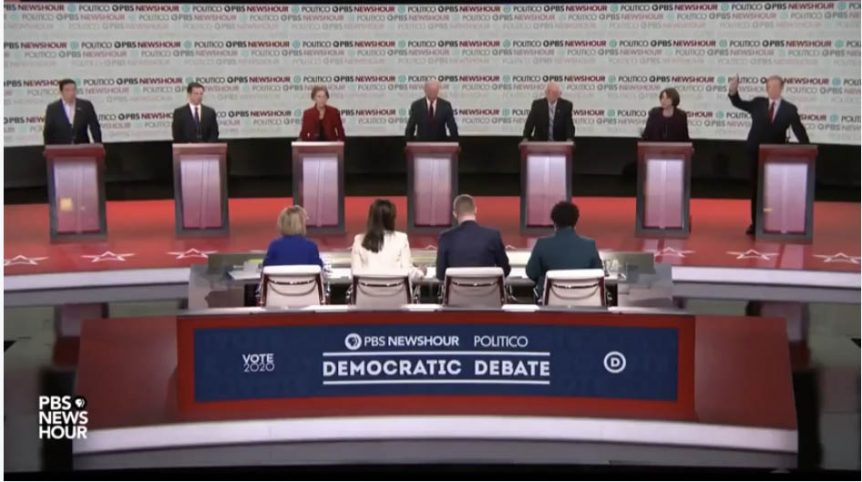 A combined 6.2 million watched the PBS NewsHour and Politico Democratic Debate last night, which aired on PBS and CNN from 8-10:30 p.m. That makes it the lowest-rated debate in this election cycle.

Digital viewing on PBS, Politico and CNN platforms added an additional 424,000 to the tally, for a combined total of 6.6 million. CNN said the debate had 8.4 million digital live starts.

Despite the ratings falloff, the debate did propel CNN to No. 1 in primetime Thursday night among cable news networks, in both total viewers and the demo. More ratings info is available in the Thursday ratings scoreboard.

The ratings fell short of the 6.5 million who watched the fifth debate, co-hosted by MSNBC and the Washington Post, on Nov. 20. The fourth debate, hosted by CNN on Oct. 15, drew 8.55 million total viewers and 2.43 million in the 25-54 demo.