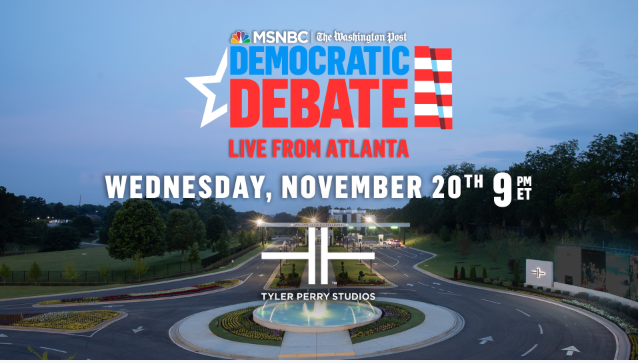 Originating from Tyler Perry Studios in Atlanta, and co-hosted by MSNBC and The Washington Post, the 5th Democratic primary debate of the 2020 cycle delivered 6.51 million total TV viewers and 1.67 million adults 25-54 from 9 – 11:20 p.m. ET, according to early data from Nielsen. Those numbers should increase a bit when final live-plus-same-day data is released by Nielsen later today.

And these figures don’t include streaming.

Having 6.5 million viewers tune into your broadcast is never anything to sneeze at, but it’s still far fewer than what previous debates hauled in.

Why the low ratings? Perhaps 11 hours of impeachment coverage wore politics junkies out. Perhaps people are becoming flat out tired of these debates. Could be a combination of both.

PBS and Politico will co-host the next Democratic primary debate on Dec. 19 from Loyola Marymount University in Los Angeles. Additionally, CNN announced today that it will air the debate live on multiple platforms, joining local PBS stations in bringing the final debate of 2019 to viewers in the U.S. and abroad.