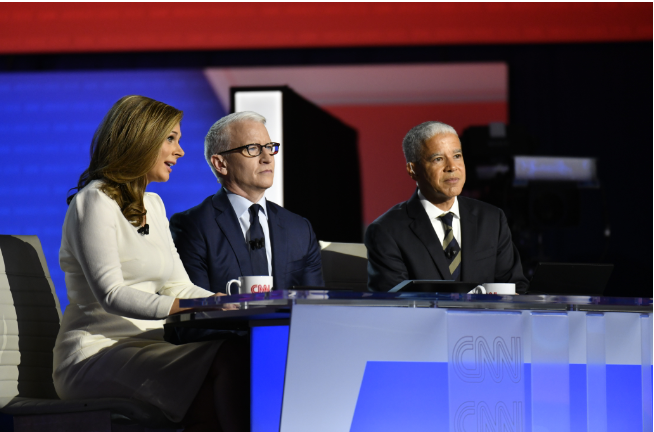 Last night’s CNN-New York Times Democratic presidential primary debate from the campus of Otterbein University in Ohio drew an average of 8.3 million TV viewers and 499,000 average livestreams per minute from 8 – 11 p.m. ET. This is according to Nielsen data.

Those numbers aren’t up to the network’s usual standards. In fact, 8.3 million represents the smallest debate audience of the 2020 cycle to-date.

Still, 8.3 million viewers for a cable broadcast on a Tuesday night isn’t anything to sneeze at.

Why the drop off? Perhaps it was the duration. The debate lasted three hours. Perhaps it was fierce programming competition. The debate went head to head with TBS’ presentation of Game 4 of the National League Championship Series, a series featuring the Washington Nationals and St. Louis Cardinals. Washington politics junkies may have been more interested in Washington’s baseball team eliminating St. Louis than in another televised debate.  Or maybe it’s just general debate fatigue which influenced less than stellar ratings.

Perhaps all of the above.

The next Democratic presidential primary debate is being co-hosted by MSNBC and The Washington Post, and will take place on Nov. 20 in Georgia. Debate moderators and an exact location in Georgia are TBD.