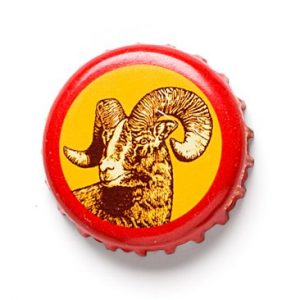 Texas brewing staple Shiner Beer has launched a creative review after around 15 years with Austin agency McGarrah Jessee as creative agency of record.

Adweek reported that Spoetzl Brewery, maker of Shiner, had selected McGarrah Jessee as its new agency of record way back in June of 2003. The agency took over for incumbent PGC Advertising, which had won the account from Fogarty Klein & Partners in 1998. This year, the agency launched the brand’s first regional Super Bowl ad.

“McJ oversaw the period with the largest sustained growth in Shiner history and brought many wonderful contributions – most recently our first Super Bowl ad which aired earlier this year. Their passion and commitment over what is an unusually long tenure is appreciated and we parted on very good terms,” Gregor Mina, director of marketing for parent company The Gambrinus Company said in a statement. “As the craft beer industry continues to mature and the Shiner brand develops a stronger presence in Texas and beyond, we are looking forward to bringing in new partners with innovative ideas.”

McGarrah Jessee marketing director Heather Snow explained in a statement that Shiner recently “embarked on a new direction for the brand that presents creative challenges in how we approach brand-building. After 15 years of partnership, we found ourselves in a position where we were unable to do the kind of work that meets our creative standards.”

“That said, it was important to us as partners to ensure we parted ways with the wind in Shiner’s sails. To that effect, Shiner is on a positive path and we’re hopeful for their future success,” she added.

Spoetzl Brewery was founded in Shiner, Texas in 1909 and is one of the country’s oldest breweries still in operation. It is owned by San Antonio-based The Gambrinus Company, which also owns Berkeley, California’s Trumer Brewery and Portland, Oregon’s BridgePort Brewing Company. According to Forbes, The Gambrinus Company is the 14th largest brewery in the U.S. by volume produced.

The brand is primarily known for Shiner Bock, its flagship German-style dark lager that has become a regional staple.