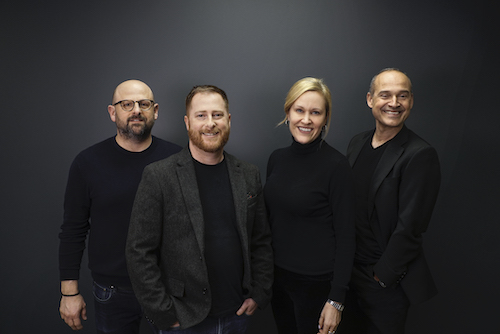 In the role, Rideout will be responsible for leading strategy across the agency’s North American client roster, reporting directly to Juniper Park\TBWA CEO Jill Nykoliation (pictured, second from right).

“Developing ideas that disrupt culture requires incredibly strong strategic discipline. Dustin brings brilliant precision while embracing innovation and diversity,” Nykoliation said in a statement. “Dustin is one of the sharpest strategists in the industry. His belief that through radical collaboration and empathy, creativity has the power to change the world, is something that aligns directly with our culture and vision for the future.”

Rideout joins Juniper\TBWA from McCann Canada in Toronto, where he spent the past three years as chief strategy officer following a brief stint client-side as head of brand and fan experience for Maple Leaf Sports and Entertainment Partnership.