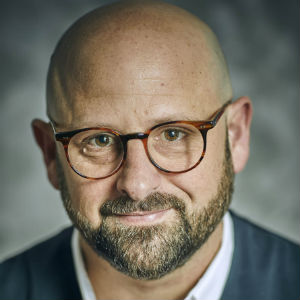 Lang will be tasked with leading the agency’s creative output, while partnering with CEO Jill Nykoliation and the agency’s leadership team on growing the business across North America. He will also join TBWA’s Global Creative Core, a creative leadership group spanning the TBWA collective.

“Our clients and employees want and deserve the very best. They want to be inspired every day with breakthrough ideas that will help transform their businesses and their careers. It’s time to disrupt ourselves. Graham brings internationally acclaimed talent, rigor, and incredible leadership,” Nykoliation said in a statement. “He’s raised the bar of every agency he’s led. His work has helped brands find new ways to grow. Whether you’re one of our team members or our client, it’s an exciting time to be at Juniper Park.”

“I am honored for the opportunity to join an already strong office that is hungry to lift itself even further. I love working in and with different cultures, which is why I resonate with the agency’s global mindset. It has a borderless ethos and has the ability to work on business anywhere,” Land added. “I have long admired the work from TBWA so I am excited to learn from and collaborate with some true legends of the game. Most of all I am exited to be working with Jill and her incredibly diverse and talented team in Toronto.”

Lang joins TBWA from Y&R South Africa, where he has served as chief creative officer since late 2011. Before that he spent around three years with RKCR/Y&R in London, leading the Land Rover account. Prior to joining Y&R he spent five years as a creative director with Saatchi & Saatchi London, where he helped bring in the Dewar’s and Sony Eriksson accounts.

“Bringing Graham on board is part of our quest to raise the creative standard and disrupt creative conventions across the globe. The world needs creative solutions now more than ever and Graham is the kind of talent who can bring big ideas and iconic work to clients and make them a reality,” Garbutt said in a statement. “Graham, Jill and the team in Toronto are poised to push Juniper Park\TBWA and its clients into a class of its own.”

“Since its inception, Juniper Park has been a global agency, in a global city, working with global clients. So we removed borders from our search as well. I said to Chris, ‘Who are the stars around the globe that we wish were in our collective?’ That’s the bar we set for ourselves,” added Nykoliation.
< Previous Article
Next Article >
Advertisement
Advertisement
Get AgencySpy delivered straight to your inbox
Advertisement