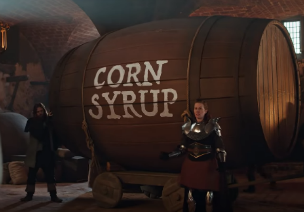 Bud Light took aim at competitor Miller Lite for using “corn syrup” in two separate ads taking place in its medieval universe as part of its Super Bowl campaign which included running an ad in each quarter. In one of these spots, the Bud Light Kingdom returns a barrel labeled “corn syrup” to the Miller Lite castle, only to discover it was actually meant to be delivered to Coors Light’s chilly confines.

Miller Lite, predictably, did not appreciate the approach. The brand ran a full-page response ad in the New York Times, pointing out the difference between “high fructose corn syrup” and the “corn syrup” that it uses as a “normal part of the brewing process” and “does not even end up in your great tasting can of Miller Lite” (since the sugars ferment into alcohol). Miller Lite also took the opportunity to claim that “a majority of American beer drinkers agree that Miller Lite has more taste than Bud Light.”

It appears, however, that the Bud Light King (who we’ve now learned is named King John Barley IV) would like the last word. This also means, of course, that he somehow survived the dragon attack in that Game of Thrones crossover spot.

In a post on Twitter, the King shares a snarky scroll explaining that Bud Light was “just trying to return some corn syrup to its rightful owners.”

A message from the King re: Corn Syrup. pic.twitter.com/IukZ0JZPZ3 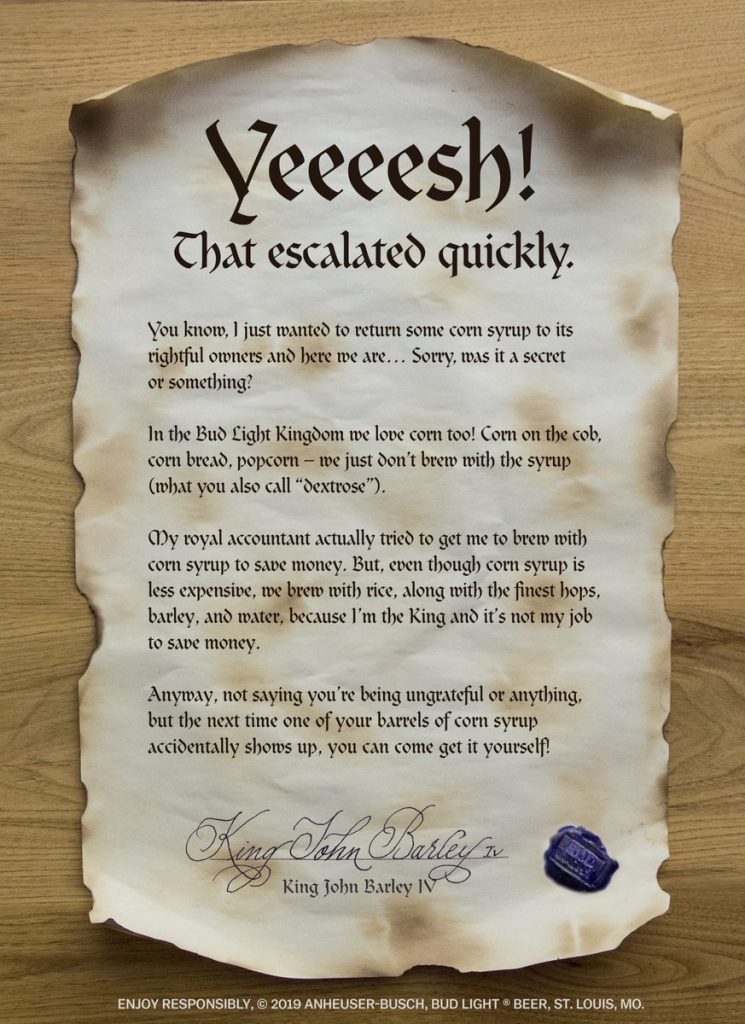 This is clearly not an apology. The message goes on to suggest that the Bud Light Kingdom doesn’t brew with dextrose because it’s a less expensive and inferior adjunct ingredient to rice.

We’re looking forward to Miller Lite’s response to this response to their response as the light lager skirmishes escalate into a brewing Battle of the Bastards.