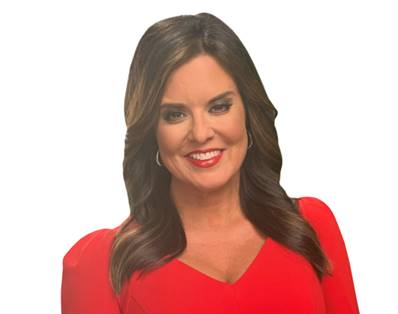 Meteorologist Amy Freeze, who left New York City’s WABC on Sunday, has landed at the Fox Weather streaming service, which has set a Oct. 25 premiere date.

Freeze, who spent the last decade as a meteorologist for WABC Eyewitness News Saturday and Sunday mornings, will be an anchor at the new free, ad-supported streaming service from Fox News Media.

Fox Weather, which was first announced last December, will be available at foxweather.com, as well as Fox Weather apps for iOS and connected TV apps like Fox Now, Fox News and Tubi.

“We have been working towards this moment for the last nine months and are thrilled to debut Fox Weather with our talented and innovative team, including Amy Freeze whose versatility and decades of experience are a great addition,” said Fox Weather president Sharri Berg.

The Utah-born Freeze—and yes, that is her real last name—arrived at WABC in 2011, after working as chief meteorologist for Fox News in Chicago. She previously worked at WCAU in Philadelphia, Denver’s KMGH and KPTV’s Good Day Oregon morning news program in Portland, Ore.

The streaming service has been stockpiling local reporters ahead of its debut, including Nicole Valdes, Steve Bender and Max Gorden, who joined in August. Other Fox Weather meteorologists include Brigit Mahoney, Jason Frazer, Britta Merwin, Craig Herrera, Nick Kosir and Stephen Morgan