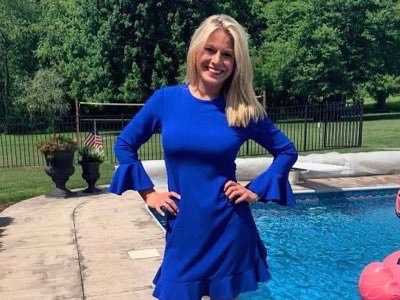 WGRZ, the NBC station in Buffalo, N.Y., now has a full, three-person sports team after making its final hire this week.

Sports anchor and reporter Julianne Pelusi comes from Market 157, where she was the weekend sports anchor-reporter for WTOV, the NBC-FOX affiliate in Steubenville-Wheeling, Va. She’ll join sports director Adam Benigni and anchor-reporter Ashley Holder, who the station hired over the summer.

“I can’t keep Buffalo a secret because this beautiful city is my new home!” Pelusi tweeted Tuesday. “I am so excited to join the talented @WGRZ sports team with @AdamBenigni and @AshNoelleTV. I’m also thrilled to start my hunt for the best wings of my life!”

In her prior role at WTOV, Pelusi covered the Pittsburgh Penguins and Ohio State Football. She also anchored a Friday night high school football show and a Sunday night sports show. Prior to that, she worked as an in-studio host for the Pittsburgh Steelers in 2018.

“We feel those skills will transfer well to her role with us covering not only the Bills and Sabres, but also area colleges, as well as producing community-based sports and high school features,” Benigni said of her arrival at the station. “Julianne has extensive live experience and will anchor sportscasts as opportunities often present themselves. She will also be key to our digital efforts moving forward.”