NEXT:Thursday, Nov. 11 Scoreboard: The Five Leads Fox News to No. 1 Across the Board
PREVIOUS:Katy Tur Returns to MSNBC After Maternity Leave 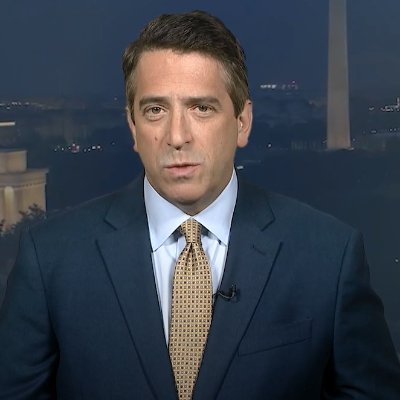 If this move happens, it would come after the conservative cable news network decided to suspend White House correspondent Emerald Robinson, with Twitter eventually banning her from its platform after posting tweets claiming that coronavirus vaccines possess a  “bioluminescent” tracking device linked to the devil.

The Daily Beast reported the news on Sunday that Rosen might join Newsmax, citing two sources familiar with the matter, and the Beast also reported, citing sources, that Robinson will likely not return to the network.

Rosen spent 18 years at Fox News, leaving the network at the end of 2017. Weeks after his departure, it was reported by NPR that Rosen’s exit came after sexual misconduct claims were made against him by eight women, claiming he “had an established pattern of flirting aggressively with many peers and had made sexual advances toward three female Fox News journalists.”

Christopher Wallace, who was at Fox News for nearly 15 years until May, was hired in October to be Newsmax’s news director. Wallace (no relation to the Fox News Sunday moderator) spent nearly four years as the executive producer of Fox News @ Night with Shannon Bream, before that program was pushed to from 11 p.m. to midnight ET. Before that, he was a senior producer for various FBN and Fox News programs.

Valeria Riccioli was a Fox News producer for 14 years before departing in February and, last month, was named Newsmax’s vp of talent. In her final two years at Fox, Riccioli was executive producer of America’s Newsroom.

One network insider told The Daily Beast that these two executive additions “perhaps show that Newsmax wants to move beyond its start-up mindset and be taken more seriously as a supposed news organization.”

It appears changed have been taking place across the network lately. Newsmax recently announced in an internal memo to staff that employees of the network had to be vaccinated by Jan. 4, 2022, or undergo weekly testing, a policy that reportedly hasn’t gone over well with some on-air talent.

Why these changes? In addition to incendiary rhetoric from personalities like Robinson, Newsmax is facing billion-dollar lawsuits from voting technology companies Smartmatic (earlier this month) and Dominion (in August). Perhaps advertisers are getting scared?

Whatever the reasons are, it’s interesting to see that Newsmax is hiring straight-news executives. The Daily Beast says that this comes across as a “seemingly concerted effort to copy the Fox News formula of producing both allegedly ‘straight’ news broadcasts alongside overtly right-wing opinion content.”

The ironic part is that Newsmax has criticized Fox News whenever possible, and did so consistently in the weeks and months following the 2020 U.S. presidential election, a time when Newsmax’s ratings skyrocketed and Fox’s ratings dipped (that trend has changed drastically since the spring). Now, we’re seeing an increasing number of former Fox Newsers joining the network. It will be interesting to see if Rosen indeed joins, and who follows.