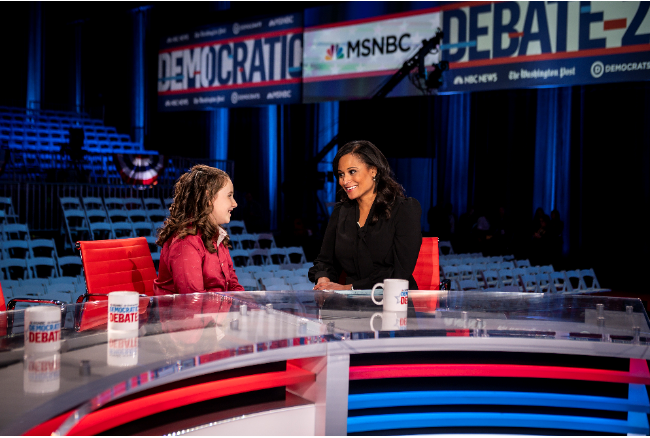 We hear Welker will maintain her role at the White House, where she’s been a correspondent since Dec. 2011. While based in Washington, she will travel to New York on Fridays to co-anchor the Saturday broadcast with her White House colleague Peter Alexander.

The veteran NBC Newser replaces Sheinelle Jones who departed the program last month in order to focus more of her efforts on the Third Hour of Today.

Welker was one of the 4 female journalists to moderate the fifth Democratic presidential primary debate in Atlanta this past November.

She joined NBC News in August 2010, and was initially based in the Los Angeles bureau. Hired by then-NBC News president Steve Capus, Welker had been an anchor for NBC O&O station WCAU in Philadelphia, and previously worked at local stations in Rhode Island and California.

NBC News has yet to respond to our request for comment.