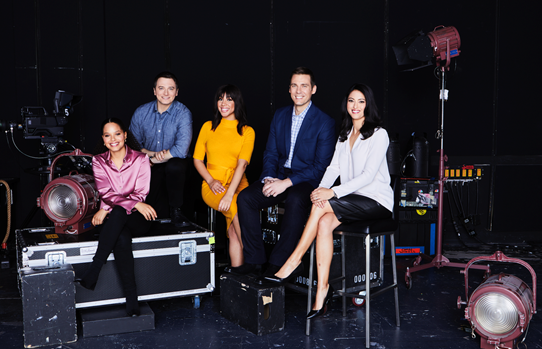 NBC News announced in July 2019 that it will be producing daily news programs (morning and evening) and two weekend shows for Quibi, the mobile-first content platform that’s set to launch April 6.

The network is now announcing who will be delivering the news to Quibi users. Anchors include Paul Gerke, Michelle Fisher and Valerie Castro.

Gerke is a veteran anchor and sports reporter who Arizonans will recognize from his time at KPNX, a NBC affiliate in Arizona. Gerke has also worked at stations in Alpena, Mich.; Boise, Idaho; and Tampa,.

Castro comes to NBC News on Quibi after a stint at WCBS, here in New York. Prior stops include stations in Denver, and throughout the Southwest. Castro has covered everything from terrorist attacks and natural disasters to the human-interest stories.

Former Vice News Tonight on HBO correspondent Antonia Hylton is joining NBC News as a correspondent. She will continue to focus on covering social justice, politics, and civil rights. Hylton won an Emmy for her coverage of the Trump administration’s immigration policy.

NowThis News correspondent Dan Lieberman is also moving to NBC as a correspondent for Quibi. Lieberman will focus on how policy and politics affect life in America. In addition to NowThis, Lieberman he’s spent time at CNN, Fusion, ABC News, and The New York Times.

The four NBC News on Quibi shows will be produced by NBC News Studios. Back in January, NBC announced the launch of NBC News Studios, a unit that will produce premium documentaries, docuseries, select scripted programming, and content for emerging platforms.