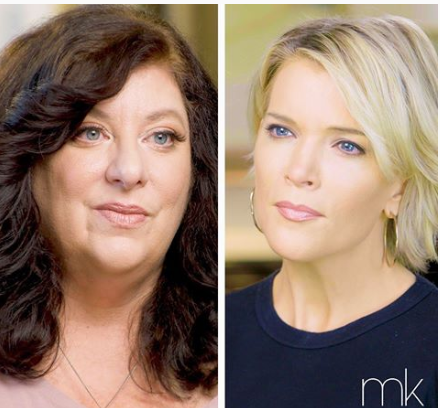 Megyn Kelly announced on social media that she recently sat down with former Joe Biden senate staffer Alexandra Tara Reade for an on-camera interview. In March, Reade made the allegation the then-Delaware senator sexually assaulted her in a Senate corridor in 1993.

MK EXCLUSIVE: Former Biden staffer #TaraReade, who accuses FMR VP #JoeBiden of sexually assaulting her in 1993, sits down w/me in her first on-camera interview since Mr. Biden denied her accusations. Her story & some tough Q’s in a riveting exchange. A ton of news coming … pic.twitter.com/8bvTntUIm8

MK EXCLUSIVE: Former Biden staffer Tara Reade, who accuses presumptive Dem nominee Joe Biden of sexual assault, sits down with me in her first on-camera interview since Mr. Biden denied her accusations. Her story, some tough questions and her message to the former VP – coming soon. Stay tuned.

Business Insider’s Rich McHugh was the producer of this interview.

Just wrapped an exclusive interview with Former Biden Staffer @ReadeAlexandra, who accuses FMR VP Joe Biden of sexually assaulting her in 1993. She sits down with @megynkelly for her first on-camera interview since Mr. Biden denied her accusations. Stay tuned… pic.twitter.com/ki8ZwrNCqg

You may remember McHugh as the former NBC News producer who worked with Ronan Farrow on his series of Pulitzer Prize-winning stories for The New Yorker about Harvey Weinstein.

McHugh said in 2018 that NBC blocked Farrow’s investigation into Weinstein, and said the move was “a massive breach of journalistic integrity.” NBC News ended up pushing back against McHugh and the reports, and denied his characterization of what happened. Farrow took his reporting from NBC to The New Yorker, and the rest his history.

“This never happened, and when she first made the claim, we made it clear that it never happened, and it’s as simple as that,” Biden said, later adding, “I’m not going to question her motive. I don’t know why she’s saying this. I don’t know why after 27 years all of a sudden this gets raised. I don’t understand it. She has a right to say whatever she wants to say. But I have a right to say: Look at the facts.”