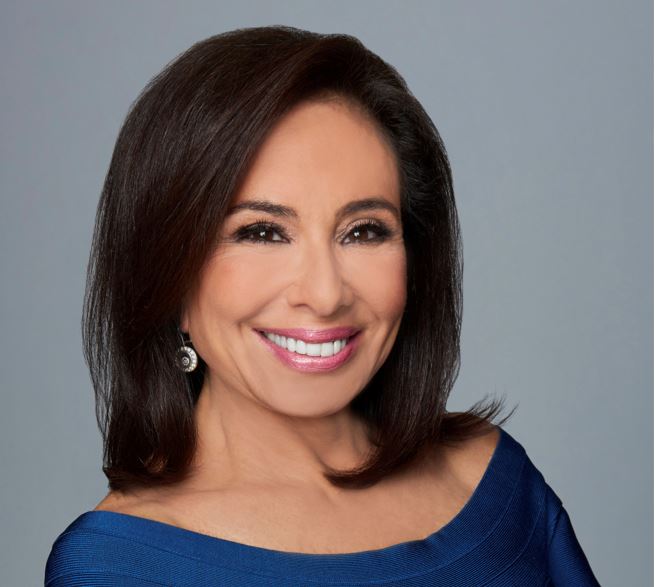 Fox News announced Wednesday that The Five has added Jeanine Pirro as a full-time co-host.

Pirro joined the network in 2006 as a legal analyst and began hosting her weekend primetime program Justice with Judge Jeanine in 2011. Pirro will cease hosting the Saturday 9 p.m. program effective Jan. 22.

The network’s new weekend primetime line-up replacing both Justice and the network’s Saturday 8 p.m. offering Watters’ World (vacated by Jesse Watters moving to weeknights at 7 p.m. ET) will be announced at a later date, according to the network.

Additionally, instead of naming a permanent replacement for Juan Williams, who left The Five right before Memorial Day, the show will continue with a rotation of Harold Ford Jr., Geraldo Rivera, and Jessica Tarlov as co-hosts for “the liberal seat.”

The Five’s executive in charge Megan Albano hinted that the program might stick with the rotation for the foreseeable future when we spoke with her last November. “We are fortunate to have very strong contributors –Harold Ford Jr., Jessica Tarlov, Geraldo Rivera and Richard Fowler, who have been rotating in that seat for the last couple of months,” Albano said. “I think that we’re just going to continue doing it because, obviously, it’s working for us. Don’t fix what’s not broken!”

Pirro, Ford, Rivera and Tarlov will co-host The Five alongside Greg Gutfeld, Dana Perino and Watters.

In the 4th quarter of 2021, The Five was the most-watched show on cable news, averaging with 3.3 million total viewers and second overall in the 25-54 demo with 481,000—the first time ever in cable news history that a non-primetime program achieved this milestone for a full quarter.

“The Five continues to be a beloved show by the American audience. Each of the co-hosts are accomplished and insightful talent, with diverse opinions and terrific chemistry, who will certainly help drive this ensemble program going forward,” Fox News chief executive Suzanne Scott said in a statement.