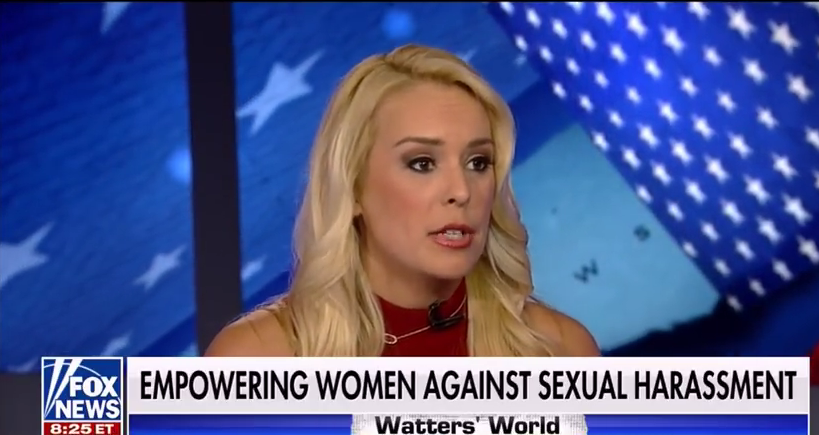 UPDATE (2:30 p.m. ET): A Fox News spokesperson provided us with the following statement: “This matter has been fully investigated independently by two outside investigators who have exhausted every resource and avenue in doing so. We stand by our processes and the conclusions of those impartial reviews. We recognize Britt’s right to tell her side of the story and will defend in litigation our actions, which have been evidence-based and wholly appropriate.”

This is according to a statement the network provided to TMZ yesterday evening, after the website reported that McHenry’s celebrity trial attorney, Lisa Bloom, was filing a sexual harassment complaint with New York State’s Division of Human Rights.

We respect the confidentiality of our employees and their involvement in any HR process and therefore will not comment on the results of either independent investigation. We will, however, defend the administrative charge filed in the New York State Division of Human Rights.”

McHenry, a one-time ESPN reporter who joined Fox News in July 2018 as a contributor and later a Fox Nation host, alleged back in June that fellow Fox Nation host and regular panelist on The Greg Gutfeld Show, Tyrus had been sending her unsolicited texts with sexual comments.

Back in June, the network addressed The Daily Beast’s report, and released a statement saying that the situation between McHenry and Tyrus “was independently investigated and we consider the matter resolved.”

“While we are not at liberty to discuss the details of any employee matter. We follow strict protocols when matters such as these are brought to our attention, and we make no exceptions,” Fox News said in a statement at the time. “The process works because of the extensive systems and measures we have instituted. This situation was independently investigated and we consider the matter resolved. We respect the confidentiality of all involved.”

Proud to represent Britt McHenry as we litigate her sexual harassment claims against Fox News. Fox’s false public statement omits important facts. We demand that Fox release Britt to respond with the truth.The era of silencing victims must come to an end. https://t.co/2wv5yO7Li2

Always stay strong. When truth is on your side you can never go wrong.

The Fox Nation host also seems to have one high-profile former Fox Newser on her side.

Nothing wrong with lewd text messages to an innocent woman where someone offers her d*** pics and you try to say 2 independent investigations found nothing & u are transformed? And you give him his own show?That’s so screwed up and you know it @foxnews https://t.co/zaLc9P7VMN

McHenry is also known for an appearance in an April 2015 video that went viral during which she is seen verbally attacking a towing company employee in a parking lot (he apparently told her to lose weight later during the “back-and-forth”). ESPN suspended her for a week as a result of that incident.