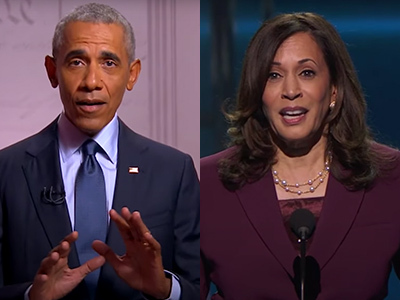 An estimated 22.8 million people tuned in to watch the third night of the 2020 DNC. That’s a 6% bump from the 21.4 million total that was reported earlier today.

Day three of the convention was carried live from Milwaukee, Wisc., and remotely from many venues throughout the country across 10 networks.

Viewers were interested to see the stars of the Democratic Party put up an impassioned rhetorical defense of their party and their presidential candidate Joe Biden last night, the third night of the 2020 DNC.

On paper, this should have been the top-rated night of the week to date, due to the sheer star power of the speakers. Did that happen, or have viewers started to tune out of the festivities?

Indeed, it was the most-watched night yet.

The six networks that are included in the above Night 3 total are English-broadcast and cable networks: CNN, MSNBC, Fox News, NBC, ABC and CBS. This total did not include streaming viewership figures, non-Nielsen-measured networks (like C-SPAN) or the Spanish-language broadcasters.

Looking at Adults 25-54, which are increasingly less interested in watching this event (and ones like it) on linear TV, an average total of 5.46 million from the demo watched last night from 10-11:15 p.m. ET, per preliminary Nielsen data. That’s by far the best delivery of the week to date, +25% from Night 2 and +16% from opening night. Perhaps it was the Obama effect.

These viewership figures aren’t particularly surprising. It’s tough to put on a truly compelling political event when everything is virtual, as opposed to an energetic event that’s originating live from an arena. Interest, and consequently ratings, were always going to be lower than usual. The increase in time shifting and digital viewing compared with this time four years ago also puts a dent in linear ratings. Roll all of that up, and not only do you get year-over-year loss in linear viewership for the Democrats, but you might even get 2020 RNC ratings down from 2016 RNC ratings. That said, this year’s RNC will likely outperform this year’s DNC, primarily because of Trump and the show he undoubtedly has planned.

Next, we’ll look at Night 3 ratings on a network-by-network basis.

MSNBC and CNN split honors for the third consecutive night (10-11:15 p.m. ET coverage period). MSNBC continues to finish No. 1 in total viewers, and dominated the competition with its 6.5 million total viewer average. The next closest finisher in total viewers was 5.8 million for CNN.

CNN has remained the go-to network among Adults 25-54, and averaged 1.70 million demo viewers last night. That’s double-digit growth from the prior night.

For the third consecutive night, Fox News managed to average a larger total audience than CBS. However, CBS continues to average more Adults 25-54.

How did network ratings compare with their respective Night 2 2020 DNC ratings?