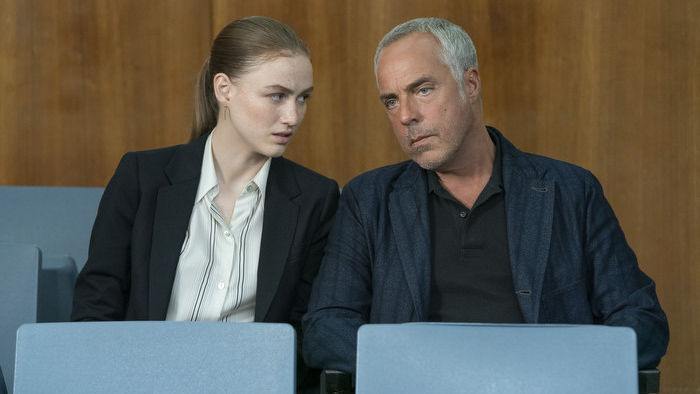 Bosch: Legacy’s legacy will include a second season—even though the series hasn’t premiered yet.

Freevee has renewed the series—a spinoff of Prime Video’s longest-running original show, Bosch—for Season 2 ahead of its May 6 series premiere, the streamer said at Amazon’s NewFronts presentation Monday evening.

Last month, Freevee announced a 70% year-over-year increase in its original slate, and the streamer greenlit several new original series, including unscripted competition series America’s Test Kitchen: The Next Generation, dramedy Beyond Black Beauty (inspired by the novel), Inside No. 9 (based on the BBC’s anthology series) and Play-Doh Squished, a competition series hosted by Sarah Hyland.

“We are proud to be moving into film and should be doing that relatively early in our time programming originals,” Lauren Anderson, co-head of content and programming, told Adweek.

During the company’s first NewFronts presentation last year, Freevee (then IMDb TV) emphasized the idea of being a modern broadcast network, a focus that continued in this year’s pitch.

“We’ve used it as our North Star of programming the service over the last two years, and it’s this idea of really entertaining, really sort of comfort food as we’ve used in the past, content that you might not expect to see on a streamer,” said Ryan Pirozzi, co-head of content and programming at Freevee.

“We’re marrying the best of both worlds, both what it is that audiences have loved traditionally, but we are also leaning into the new entertainment world,” added Anderson. “We do continue to lean into that both on the licensing side and on the original side.”

In addition to the host of originals, Freevee increased its FAST offering to more than 75 channels, including exclusive linear channels for Canadian sitcom Kim’s Convenience and the original The Kids in the Hall comedy series.

“That’s another sort of really great leanback experience that I think is really catching on with customers, as we’re sort of surrounded by this ocean of choice and streaming,” said Pirozzi.
Jeff Lewis is returning to television after a three-year hiatus. The first three episodes of the interior designer’s new Freevee original series, Hollywood Houselift with Jeff Lewis, debut on Friday, June 10, with new episodes available weekly through July 29.

It’s not just series: Freevee struck a film licensing agreement with Disney for films including both Deadpool movies, Logan, Hidden Figures, Murder on the Orient Express and The Post, which will stream for free. That builds on the already-existing exclusive network window deal with NBCUniversal for Universal Filmed Entertainment Group’s 2020-21 theatrical slate.