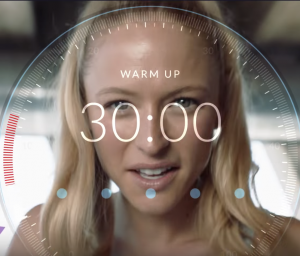 Grab an ice-cold Zima and drive down to Blockbuster to pick up some Friends DVDs while blasting Now That’s What I Call Music Volume 1, because everybody’s favorite mid-’90s fitness machine is looking for a new creative agency.

According to two people familiar with the business, fitness conglomerate Nautilus recently issued an RFP seeking an AOR for its Bowflex brand.

We don’t know exactly who is pitching for this account, but we’re told the competition includes several holding company shops across the country, with one in L.A., one in New York and one in San Francisco. The pitch is already well underway.

Now, your first inclination might be to mock the brand. Go ahead.

And you might understandably think that Bowflex is all hairless torsos and late-night ad buys. Sure. But Kantar Media has the company spending just over $68 million last year, a fairly big jump from its $56 million total for 2017. Those numbers are very close to prime category competitors like Beachbody, NordicTrack and, of course, Peloton.

For some not-quite-nostalgia, here’s an ad we remember all too well.

And for a hint at where the company plans to go, look at this more recent spot promoting the AI-powered Max Intelligence™ platform.

Even though that was more of a mini-infomercial, the target audience and messaging couldn’t be clearer.

The physics are gone, but the principle remains: It’s not magic. It’s Bowflex.

Spokespeople for Nautilus have not responded to requests for comment.