-Actor Simu Liu may be an action star now as Shang-Chi, but Liu started his career as a stock footage model and actor. In a new ad for Rappi, a delivery app in Latin America, Liu is seen in his stock photos with a voice over that tells a story through those photos of how Liu and his fake office co-workers order food from Rappi Turbo-Fresh and get it within 10 minutes. To make things slightly weirder, the water marks are still visible on the stock footage. The ad was done by The Juju Argentina.

-WPP will become the global marketing network partner for Coca-Cola after a pitch against rivals IPG, Dentsu and Publicis Groupe.

-Dentsu International has hired Kai Weidie as its first svp of diversity, equity and inclusion for media operations in the Americas.

-MRM Spain has named Félix del Valle as its chief creative officer, joining from Ogilvy Brazil where he held the same role.

-In its partnership with Argonaut, Cricket Wireless is teaming with the WWE to make stop-motion ads with its stars to educate people about 5G.

-Online retailer Public Goods wanted to push its own creative boundaries in a campaign that would break it into the alcohol space for the first time, so it made a two-hour yule log-style video of wine being poured and swirled.

-Thanksgiving is coming and Ace Hardware wants to get you prepped for the holiday with its Thanksgrilling platform. This year features a 5-course Thanksgrilling Candle (each course is a scented layer), along with hosted Thanksgrilling events and how-to videos with chef Jason Morse. 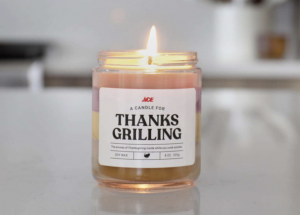