-The insurance industry puts out more entertaining advertising than nearly any other, and that holds true north of the border, with a new campaign for RATESDOTCA, a site that gives Canadians a way to efficiently shop for insurance.

RATESDOTCA, in collaboration with its creative agency Zulu Alpha Kilo, launched its first brand campaign and new brand platform, “Don’t Get Milked” and it features a giant cow udder attached to a car. A mechanic shows a woman that her problem is that she’s getting milked on her car insurance as he squeezes out some milk for his cereal.

-The Madness and the Adness are both over, with Slim Jim claiming the the top prize in Adweek’s March Adness, beating out Oreo, McDonald’s and Sour Patch Kids.

-It’s National Twinkies Day today, and Tattoo Projects is making it known on the Hostess Snacks social channels. The campaign across Instagram, Facebook and Twitter encourages fans to tag their posts #NationalTwinkiesDay. The team also launched a sticker pack on Hostess Snacks’ Giphy Channel, in addition to a countdown sticker on Instagram Stories. 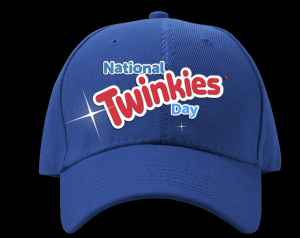 -With some film companies calling for a boycott of Georgia for its voting restrictions, Pennsylvania production company Aurora Films has received state-qualified production and post-production facility accreditation from the Pennsylvania Department of Community and Economic Development. That means that qualifying film and video productions using Aurora Films can receive up to a 30% tax credit.

-Google has made a hopeful ad to promote vaccinations to show that by getting the shots we can “Get Back to What You Love.”

-Stagwell Group has won the account for Atlantic Broadband and is using five of its agencies to help the internet and cable company with its growth.

-Media Post reports that GMC has introduced the new 2024 Hummer EV SUV with a 90-second spot from Leo Burnett, narrated by LeBron James.