NEXT:Colle McVoy Has a Memorial Day Weekend Playlist for You
PREVIOUS:Tuesday Stir 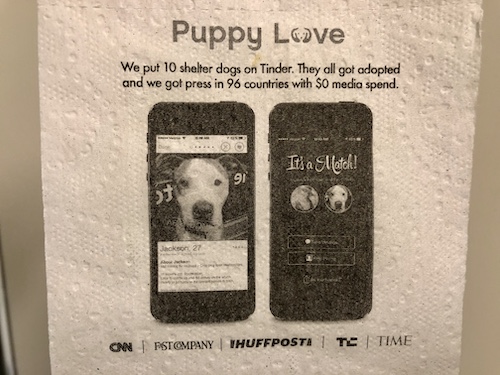 Maranca was among around 15% of employees impacted by a round of layoffs across MullenLowe’s Boston, Los Angeles and New York offices in early April. Finding himself out of a job at a time when it’s hard for talent to stand out, he found a creative solution which dovetailed with a product that his been top of mind while most of the country has been stuck at home.

Maranca explained that the idea suddenly came to him, inspired by a realization about what he missed most about working at an agency.

“I realized after I got laid off that the part I missed the most was getting my work crapped on,” Maranca told AgencySpy. “That’s the fastest way to grow as a creative. In the middle of the night [the idea] came to me.”

He stressed that he didn’t have any hard feelings about being laid off from MullenLowe, explaining that a “perfect storm” of unfortunate circumstances led to his departure.

To make the toilet paper concept a reality, Maranca turned to a team of friends comprised of a mix of current and former MullenLowe employees. A print producer who had left the agency shortly before the round of layoffs pointed him to an online vendor, while an art director helped him with the layout. 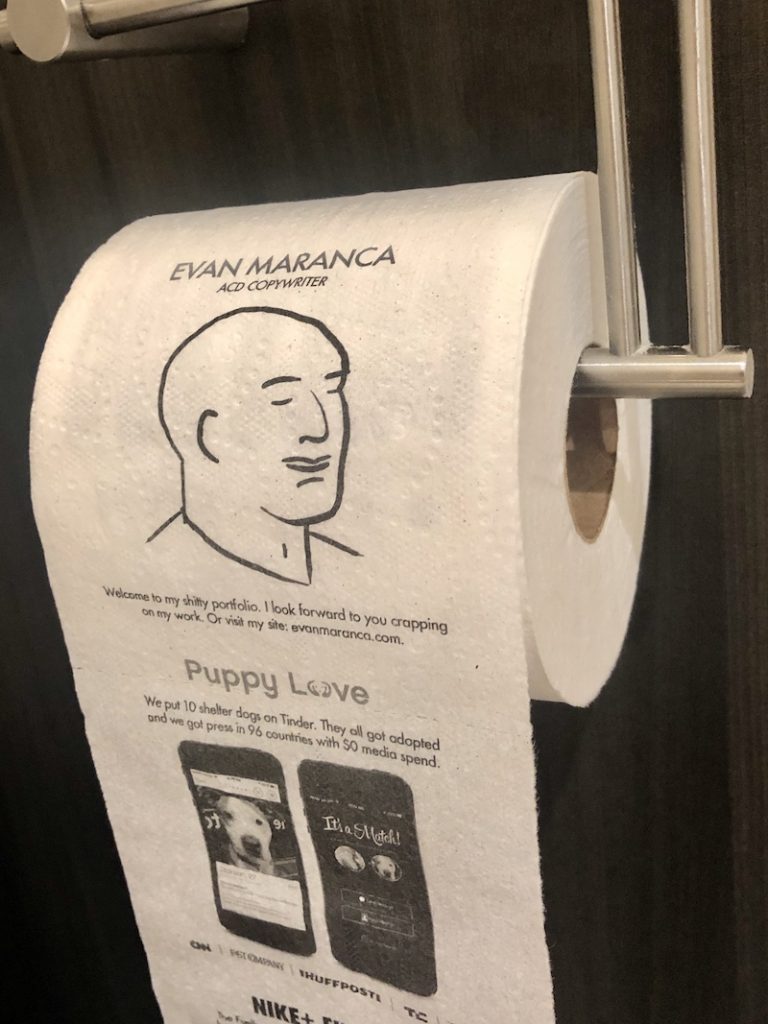 The Amazon listing was an ordeal in and of itself.

With Amazon bots automatically flagging and removing price-gouging on toilet paper, Maranca found he had to research how to list the item so it wouldn’t be removed. He ultimately listed the item as a collectible, which, in a way, it is. Along with the roll, Maranca is offering a year of his copywriting services, making the offering one of a kind.

The squares of his portfolio Maranca is most proud of are a campaign for JetBlue which gave audiences the chance to win flights to anywhere on the airline’s destination list if they deleted all of their Instagram photos, awarding three winners. Maranca said the campaign resulted in 30,000 people deleting their Instagram photos. He has also worked on campaigns for brands including Burger King and Century 21, as well as an effort listing rescue dogs on Tinder.

Maranca explained he decided to list the item on Amazon rather than send it to creative directors because he figured they would balk at receiving a mystery package in the time of Covid-19. Plus with agency offices closed, “it would have been super creepy” to ask them for personal addresses. He explained that finding freelance work at the moment is difficult with so much competition that “it’s almost like recruiters need to hire recruiters.”

He explained that while he wouldn’t rule out opportunities in other cities, his “sights are set on New York” for his next role. His dream gig probably won’t come as a surprise.

“I’ve wanted to work at Wieden + Kennedy like any other creative,” he said, explaining that’s been a goal for a decade since an assignment at Creative Circus to find work he admired resulted in nothing but work from W+K. “I’d kill to work there, Droga5, BBDO, Johannes Leonardo, McCann or Spotify.”

Maranca said he hopes the Amazon listing will “bring a smile to people’s faces” when they they need it most.

“I’ve got the toilet paper ready to go,” he added. 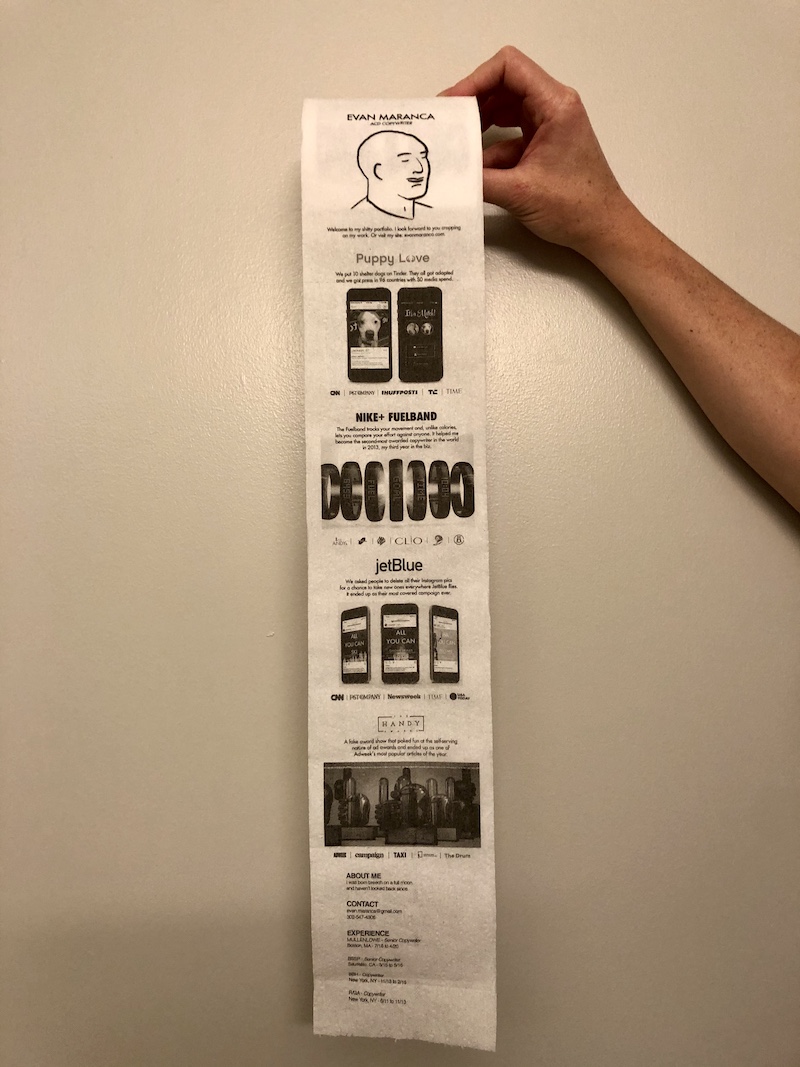