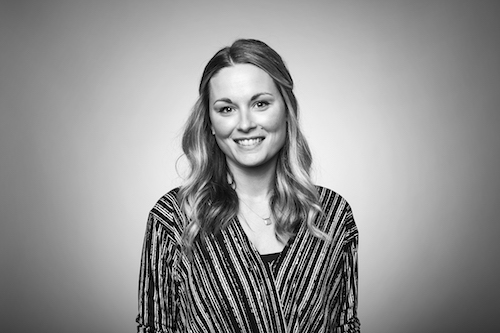 The Martin Agency has invested in its media capabilities with a hire and a series of promotions within the cultural impact lab it introduced this spring.

The agency hired Becca Grimes as group media director, the first senior hire for the media team in a year.

“We’re doubling down on putting media at the core of creativity, not the sidelines,” Greg Fischer, svp, head of communications and engagement strategy for The Martin Agency’s Cultural Impact Lab, said in a statement. “The media world has been so driven by efficiency that it squashes creativity,” explained Fischer. “And that’s why we need Becca’s bold points of view on the future of media. She can help us flip focus from efficiency to effectiveness, keeping the humanity of ideas alive and create more impact.”

Grimes joins the agency following a stint as a freelance media contractor. Prior to going freelance, she spent over four years with Haworth Marketing and Media, most recently as associate media director. Her previous experience includes media planning and brand strategy roles at CPB and Horizon Media. She has worked with clients including Alaska Airlines, Behr Paints, Beats by Dre, Burger King, Domino’s Pizza, DreamWorks, Jack in the Box and The Oscars.

“I want to empower people to think of media as a creative extension, rather than just a placement,” Grimes added. “We can inspire more creative media ideas by freeing people to think beyond traditional measures of success that media is typically tied to. By reframing success through our ability to impact culture, I believe Martin can drive innovation and exceed expectations for brands.”

In addition to hiring Grimes, The Martin Agency also invested in its Cultural Impact Lab through a series of three promotions. The agency promoted Jeane Bibona to group director of investments, tasked with leading the agency’s local broadcast team. Susan Zirkle will now serve as associate media director, responsible for handling the Virginia Tourism, Atlantic Union Bank and Purina brands. Mark Shank was promoted to media planner for Land O’Lakes and Purina.