R/GA launched a “Bring Your Own Spirit” campaign for Constellation Brands’ Svedka vodka.

Svedka’s first brand campaign in over five years for the brand, the campaign runs across broadcast, digital and social media, and launches today. The campaign centers around an ad targeting individuals who see themselves as standing apart from the crowd.

“You are a rainbow in a sky full of gray,” the voiceover begins in the 30-second anthem ad, accompanied by a timely shot of an assortment of colorful Svedka bottles. The ad goes on to invite viewers to “take” their empty dance floor and “fill” their empty canvas.

It concludes with the line “Darling, you are a limited edition,” alongside the “Bring your own spirit” tagline, while touting Svedka’s “taste that can’t be replicated.”

Its message aside, the ad doesn’t provide much to help differentiate it in a crowded category full of brands appealing to similar sensibilities. The ad launches today in both 30 and 15-second versions, and will run across cable outlets including ESPN, Bravo, USA, E! and Comedy Central.

A digital component of the campaign features interactive content and banner ads, addressing audiences with messages such as “All Heart Eyes on You,” “Exist Loudly,” “Darling, You’re A Heavy Pour,” and “You’re A Rainbow & They’re All Colorblind” delivered in bright neon colors. 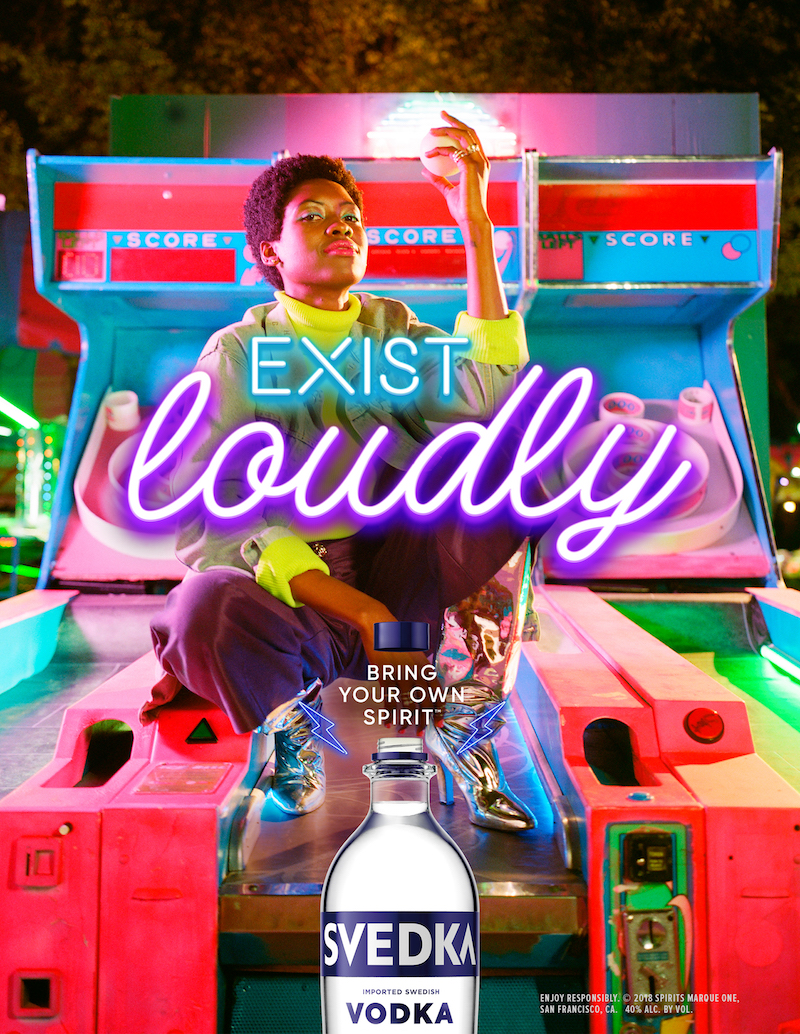 “Svedka has stood out for years with its loyal fanbase for its edgy and provocative point of view. We believe that the brand’s new ‘Bring Your Own Spirit’ platform represents the consumer of today – one that is fearlessly original, has a distinct point of view, and makes no apologies for who they are or what they do,” Constellation Brands chief marketing officer Jim Sabia said in a statement. “This campaign showcases the dynamic energy and sense of place that connects the consumer intimately with the SVEDKA brand, creating a tangible sense of good times in the immediate future.”

While Svedka’s first brand campaign in five years, the campaign follows a Halloween “Banner Ad Curse” campaign from Toronto agency Bensimon Byrne which was a tad on the creepy side.