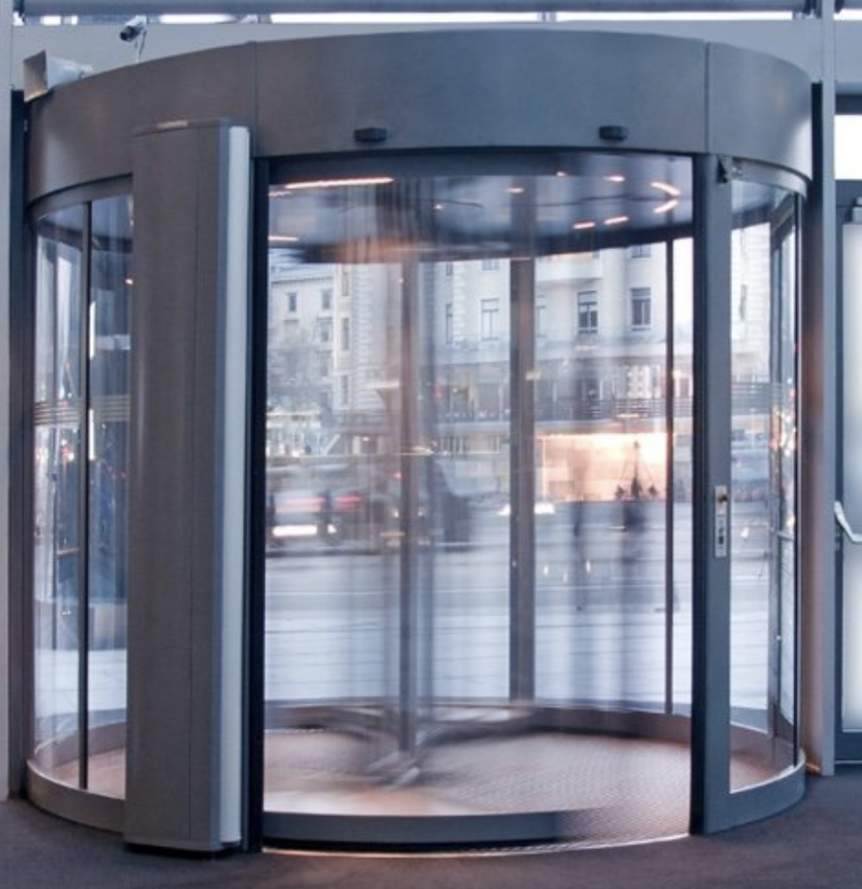 The Revolving Door is locking its spinning axle next week for Thanksgiving (for those readers in other countries, there is turkey involved and a bunch of side dishes you wouldn’t eat at any other time of year). So enjoy this pre-holiday helping of agency hires, promotions, signings and launches, with a side of sweet potato casserole.

In his new role, Weiner will champion Arc Worldwide’s approach to “Irresistible Commerce.” He previously was svp, group creative director.

BBH London has appointed Rosie Collins as head of strategy. She joins from Ogilvy London, where she has been global strategy director for the past two years.

Within the WPP network Collins has played a key role in developing thought leadership and insight into the Black, Asian and minority ethnic consumer, as well as diversity and representation within the beauty industry.

Before joining Ogilvy, Collins was strategy director at DigitasLBi and part of Publicis One for GSK.

The independent agency-led BLAC Internship program (Building Leaders and Creators) is expanding its program for 2022 and is seeking interested independent agency partners to join the initiative. The goal of the program is to bring more Black creative thinkers into the advertising industry with the support structure in place to thrive and to lead.

BrandStar, an integrated production company, has been tapped by the Alan B. Levan | NSU Broward Center of Innovation (Levan Center) as its advertising agency of record.

Services to the Levan Center will be developed and executed by Beacon, the advertising and marketing agency arm of the BrandStar family of companies. The scope of services will include using multiple digital assets and strategies to develop brand awareness, campaign development, marketing strategy and support, social media, paid media, and digital UI/UX.

Agency Critical Mass has been named digital agency of record for Phonak, a large hearing solution brands. Critical Mass will work closely with Phonak to drive digital transformation for a global family of properties based around the needs of consumers, health care providers and other key audiences.

Dentsu international has appointed Rohan Philips as president, global product, media, dentsu international. Based out of Singapore, Philips takes on the responsibility of developing the 2025 product strategy and roadmap for dentsu clients worldwide, with rollouts through its network of global media agencies: Carat, iProspect and dentsu X.

Philips was previously global chief product officer at iProspect and prior to that had positions within GroupM and Publicis Groupe.

Alignment Healthcare, a mission-based Medicare Advantage insurance company, has named advertising agency Doner as its agency of record following a competitive review. The California-based business will be led out of Doner’s Los Angeles office.

Connected customer experience consultancy Envoy has hired Jeff Brecker as managing director of its Chicago office. Most recently Brecker worked with an array of Fortune 500 brands and start-ups, helping them transform their internal creative, communications and design teams.

Previously in his career, Brecker served as vice president at Kimberly-Clark where he led global creative, design and content development for all sectors and brands across 170 countries. His depth of agency experience includes managing director responsibilities at R/GA Chicago, plus senior leadership roles at Digital Kitchen, Leo Burnett, Ogilvy and DDB.

FCB Canada announced that Leo Barbosa and Cuanan Cronwright have joined the agency as executive creative directors. For the last six years, the pair were at Grey New York leading and developing campaigns for Pringles and Febreze, in addition to working on Marriott Hotels International and National Parks as group creative directors.

Cronwright started his career as a copywriter at a small agency in Cape Town called Riot, before moving to South Africa’s biggest agency, Ogilvy. He then moved to Publicis New York.

Barbosa, originally from Brazil, has worked at JWT and Ogilvy in Brazil and both Droga5 and JWT in Sydney, before moving to Grey.

Mercedes previously worked at Crispin Porter Bogusky (CP+B) as a senior experience designer. She returns to Green Stone to help guide the company towards a new vision for UX.

WPP integrated luxury marketing boutique Hudson Rouge has appointed Michael Stefanski as president, North America. In this role, he will lead every aspect of the agency’s work to deliver high-quality, business results to luxury leaders.

Stefanski was previously vice president, global brand and marketing at MetLife. He started his career on the agency side at JWT, BBDO and independent startup Silver + Partners. He also served as vp, advertising at DirecTV.

JumpCrew, an outsourced business partner that integrates with B2B companies to accelerate their customer acquisition, saw record growth of its team last quarter with 100 hires in 100 days to support the increasing demand of enterprises looking to outsource their sales and marketing functions.

JumpCrew was founded in 2016 and moved to Nashville at the end of that year with about 30 employees. Since then, the company has raised $15.9 million in funding and has seen year over year employee growth by 30% and acquired over 20 new B2B customers in the past quarter, with plans to expand the team by 50% in 2022.

Kantar, a data-driven analytics and brand consulting company, has named Duncan Houldsworth to lead its brand and marketing ROI analytics practice in North America. In this role, Houldsworth will be responsible for developing and guiding commercial strategy and working with the Kantar insights organization to address emerging client needs.

Previously Houldsworth was the managing partner and founder of Purseia, an analytics consulting firm. Houldsworth has worked with companies including Deutsch, Time Warner Cable, Hall and Partners, IRI, and Experian.

Dateo has spent her career working at top global agencies, including as group strategy director in the Publicis Groupe and at Saatchi & Saatchi, as well as at Ogilvy’s Healthworld. From 2006-2012, she was head of strategy at Saatchi & Saatchi Switzerland, based in Geneva.

Naman joined Luckie in 2009 as associate creative director and has worked across the agency’s business units to help brands connect with consumers.

McGarrah Jessee (McJ), after a competitive review, will partner with Orvis, the family-owned and operated outdoor retailer that specializes in fly-fishing and wingshooting gear, dog products and active lifestyle apparel. McJ will be charged with elevating Orvis’ brand awareness, starting with brand strategy and activation.

Creative studio MPC has hired William O’Donnell as part of the company’s strategy to evolve its capabilities within VFX space. O’Donnell, previously of Accenture, joins the studio as head of digital twins, spearheading an evolving offering focused on servicing high-end brands across the automotive, fashion, electronics, architecture, CPG and beverages industries.

O’Donnell spent five years at Mackevision as account director and, when Mackevision was acquired by Accenture, he served as a 3D content creation SME.

Playfly Sports, an emerging leader in sports marketing, media and technology, has hired Christy Hedgpeth as president of Playfly Sports Properties. Hedgpeth, a sports and consumer marketing leader for more than 25 years, will oversee Playfly’s 30-plus high school and collegiate multimedia rights properties with responsibility for driving strategy, operations and growth.

Hedgpeth joins Playfly after serving as the WNBA’s chief operating officer since 2018. During her tenure, the league experienced unprecedented revenue growth and achieved a new level of brand relevance in the sports landscape. One of Adweek’s 2019 “Most Powerful Women in Sports,” Hedgpeth was previously the vice president for team marketing and business operations servicing both the WNBA and NBA.

Independent agency Rain the Growth Agency has named Beatrice Livioco as director of marketing. In this new role, Livioco will oversee all paid, owned and earned marketing efforts for the agency’s portfolio of brands.

Most recently Livioco served as senior manager of marketing strategy and integrated campaigns for Black & Veatch. She previously served as the director of marketing for Winvale and manager, external communications and media relations, at DynCorp International.

Rinck Advertising, a creative agency founded in Lewiston, Maine, has hired Chad Vander Lugt as executive creative director. Vander Lugt will be responsible for leading the creative, studio and digital departments in brand building and strategic campaign development across multiple industries, markets and media. He has previously worked with The VIA Agency, FCB and TracyLocke.

Sibling Films known for its work with brands like Nike, HPE and Lexus, has added director Benjamin Nicolas to its talent roster.

Upshot, a full-service creative agency, has hired Michael Rivera as executive creative director. As a past agency owner and software start-up founder, Rivera brings an entrepreneurial spirit to the agency. Prior to joining Upshot, Rivera served as chief creative officer for The Marketing Store, North America. Additionally, he has served as an executive creative director at The Integer Group, HY Connect, Agency.com and Marc USA.

Wongdoody has hired Eugene S. Robinson to the newly created position of assistant vice president of marketing content. Robinson will be based out of the agency’s Los Angeles office.

Robinson came from Ozy Media where, as editor-at-large, he spent almost a decade overseeing the ideation and development of content. Previous to that he was editor-in-chief of Code fashion magazine. He also did in-house work for Apple, Adobe, and Intel, among others. In his new role, Robinson will be responsible for developing content to elevate Wongdoody’s reputation to and for a global audience of clients, partners and future employees. Robinson will not only be responsible for traditional content, such as thought leadership and whitepapers, but will drive development and implementation of video content strategy.