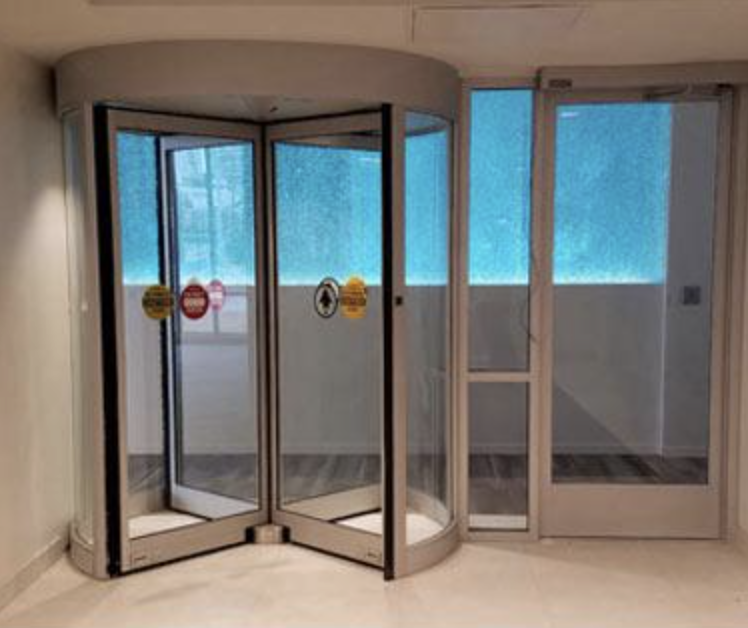 As we whirl into May, the moves keep coming. There were a lot of high-profile hires and announcements documented on Adweek over the last week, so make sure you keep up on the Agencies beat here.

As for this week, there’s plenty of news, moves and announcements to make for some good May Day reading, so let’s push through the Revolving Door and see what’s new.

Brain Vella, managing partner for AKQA Asia Pacific said: “The combination of Jon’s creative background, local experience, and genuine passion to create the future faster made him a unique choice, one which we believe is in keeping with our ethos to challenge the status quo.”

Marketing communications agency Chemistry has made several key hires across its Atlanta and Pittsburgh offices.

Kristy Gomez joined the Atlanta office as director of communications planning. Her experience includes running her own consultancy, as well as stints with agencies including Huge and Ketchum. Ashley Hampton was hired as group brand director, joining Chemistry’s Atlanta office from Buffalo Wild Wings where she was manager of brand advertising. Nathalie Espinol joined the Atlanta team as brand strategy director, coming from KO:OP, the internal creative agency for The Coca-Cola Company.

Colle McVoy has promoted Gina Gray to executive director of business development. Gray, formerly director of business development at the agency, is responsible for leading the growth strategy and pitch management for Colle McVoy and its branded practices, Exponent PR and 10 Thousand Design. Her efforts over the last year have led to a 93% new business win rate and the agency welcoming more than a dozen new clients.

“While this past year has brought unprecedented challenges, Gina’s incredible talent together with her contagious optimism and energy have helped our agency excel in so many ways,” said Colle McVoy CEO Christine Fruechte, in a statement. “She is a master at developing authentic and strong relationships, as well as leading teams to create ground-breaking and smart solutions for brands.”

Gray joined the agency in 2018 from Target where she was senior manager of its agency relationships and Colle McVoy’s client.

Global ecommerce performance agency Labelium is building its leadership team in the agency’s Toronto office. It has promoted Alejandra Guerra to managing director and hired Jamie Kokiw as director of business development.

Guerra was media director at Labelium Toronto before her promotion. Previously she worked at Current as digital marketing manager, and Havas as an account executive. As managing director of Labelium Toronto, Guerra will manage over 30 ecommerce clients across various industries.

Kokiw was previously director of sales at Silver Crystal Group, and before that was a merchandiser at Lenovo. At Labelium Kokiw will focus on sales, customer success improvement and will partner with local industry groups and associations.

In the role McNerney will be leading all brand experience transformation projects in the New York studio. McNerney will report into Alasdair Lennox, group executive creative director of experience, Americas at Landor & Fitch, and have 10 designers reporting into him.

Lennox said in a statement: “Matthew has already left a major impact on the industry, and his ability to create immersive moments through strategic storytelling will transform the future experiences of our clients’ brands.”

The Maverick Group has hired Kevin Allen as strategy partner. He will be responsible for helping Pulse, the insight and strategy engine of the group, further developing its business strategy offering as well as strengthening the agencyʼs brand and communications strategy expertise.

Allen was most recently head of strategy EMEA at PG One, Publicis Groupeʼs dedicated P&G unit. Prior to that he was CSO at Publicis Chemistry, global CSO of Gyro and worldwide strategy director at Proximity BBDO.

Ad management firm Mediavine has partnered with No Kid Hungry, a national campaign to end childhood hunger in America. No Kid Hungry will work with Mediavine’s corporate social arm, Shine, which raises awareness for a variety of causes and current events. The series of PSA campaigns for No Kid Hungry will help raise awareness and funds to connect kids across the country to the food they need.

Milk Agency, an independent creative shop born out of Milk Studios, has appointed Dan Scott-Croxford as executive creative director. He was previously global head of content for Stink Studios, where he oversaw a team across seven offices in five countries.

“As an accomplished sales executive, (Dembowski) brings with him two decades of sales leadership and experience from top digital platforms. In this new role, he will be instrumental in further developing the sales pipeline and driving growth for the business, across the board,” said Ben Tatta, president, Standard Media Index, in a statement.

In 2006, Kaye founded Mother Design, an independent branding and design studio. He brings over 30 years of experience to his new position, having started his career at Penguin Publishing, then spending time as an independent, working with Kate Spade, Ogilvy and AR New York.

Creative production company Tool of North America has hired former R/GA associate director, growth and development, Harris Baum, as its new director of growth, a new role at the company.

Harris will focus on all new business and current client growth in collaboration with Tool’s sales team to allow for more strategic growth with clients.

WEA, the label and artist services division of Warner Music Group (WMG), announced that Benjamin Blank has been appointed to the newly created position of president of media. In this role, Blank will lead WMG’s newly formed digital advertising and creative content division, unifying WMG’s digital advertising under one unit. He will be based in Los Angeles.

Blank most recently served as CEO and chief creative officer at Uproxx Media Group, which has been part of the WMG family since 2018.

Harris comes to Wunderman Thompson from Periscope, where she spent the last four years running the agency’s portfolio of west coast clients, including Google, Intuit, and Pemco. Before that she was at R/GA, Tribal DDB, Goodby Silverstein & Partners, and Ogilvy.