Martha Stewart has built an empire as an entrepreneur, TV personality and overall maven of all things classy, crafty and culinary. But until now she has never had her own action figure. 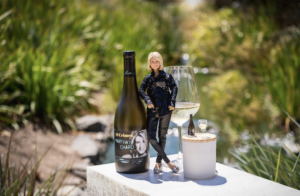 That changes with a new kit for the wine brand 19 Crimes by creative agency Observatory. Stewart, who is on the label of the brand’s Martha’s Chard wine, now has her own miniature figure, which comes as part of a VIP kit that will be shared exclusively with celebrity influencers, including Chelsea Handler, Drew Barrymore, Blake Lively, Stephen Colbert, Jimmy Fallon and, of course, her good friend and collaborator Snoop Dogg.

The Stewart action figures, done in 1:6 scale, were designed and sculpted by artist Dan Chung, who is known for creating poseable figures of celebrities, including Travis Scott.

The 19 Crimes kit includes a bottle of 19 Crimes Martha’s Chard, coasters and the Martha action figure, which is wearing a sequined black jacket, black leather pants and metallic platform sandals, which is the same outfit Martha wore to the photo shoot for the kit. Martha’s figure also comes equipped with an action figure-sized wine bottle and glass. 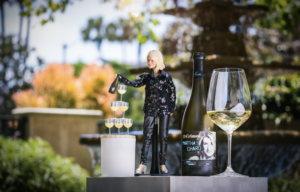 “Martha was the obvious choice when we started thinking about our next face for 19 Crimes. She is a self-made icon who has turned her passion into a thriving business empire—and clearly embodies culture creation and disruption—the exact spirit of 19 Crimes, which is why she was thrilled when we suggested we make her into an action figure,” said John Wardley, Treasury Wine Estates marketing vice president in a statement. “Martha has done a lot of things in her successful career but having an action figure was a first, so we knew we had to make it something she would be proud of, and so are we.”

Linda Knight, chief creative officer at Observatory added in a statement: “The inspiration for the project came from wanting to make something that would be as worthy a conversation starter as Martha’s Chard. Martha is an entrepreneur, chef, model, author, editor, TV host, chairman, CEO and now a winemaker. Martha has done so much that she deserves an action figure.”