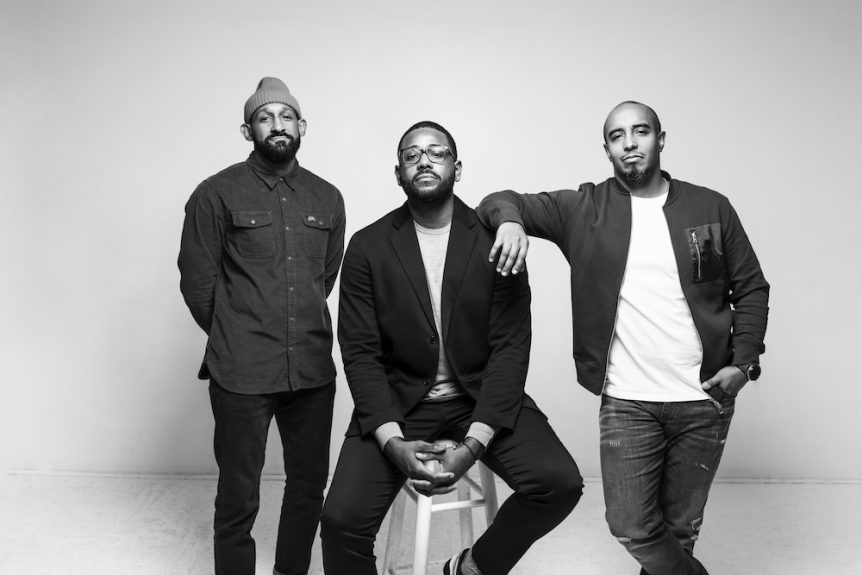 Ghost Note founders, Steven Jumper, Brandon Ellis and Reggie Snowden, will remain its leaders and will be joined by a new advisory board comprised of GDP co-founders and CEOs, Scott Dadich and Patrick Godfrey.

GDP CFO Janice Trichon and Robert Capps, GDP partner and head of editorial, will also sit on the board.

Jumper, Ellis and Snowden founded Ghost Note nearly a decade ago and grew the business to a team of approximately 25. The founders aim to create a space where marginalized creatives can thrive.

“We believe there was a void for creatives, particularly from underrepresented communities and agencies that were more deeply committed to telling those stories,” Jumper, who is also Ghost Note’s CEO, told Adweek.

Ghost Note’s work reflects its mission. Most notably, it developed a campaign last year for Nike in support of New York City’s Puerto Rican Day Parade. The agency offers creative services, including visual and motion work, production, collateral design and experiential design. Its strategy team focuses on digital and social along with brand positioning and messaging.

Ghost Note began its relationship with GDP nearly two years ago when its founders met at an event. The agencies later collaborated on a client project for Juni.

“That gave [GDP] a sense and the ability to look under the hood and get a sense of what we do—and what we’re all about,” Jumper said.

“We discovered that we were actually trying to do the same things on parallel courses. And that it would be a great opportunity for us to come closer together to do this work,” he said.

Other companies approached Ghost Note for a strategic partnership, but no working relationship felt as natural as the relationship with GDP, Jumper said.

“There are conversations like that, that can feel very transactional, where folks really aren’t trying to get below the surface and get to know really what makes you as leaders and as an agency special, but see you as an opportunity to get into rooms that they can’t get into,” said Jumper of his experience as a Black co-founder.

Through its new partnership with GDP, Ghost Note joins the kyu Collective alongside companies like Ideo and Kepler Group.

GDP recently achieved double-digit growth, reporting record revenue in 2021. On February 1 it celebrated five years in business. The company’s journalistic bent guides its highly-creative branded content engagements with clients like Nike, National Geographic and Microsoft. Some of its client relationships—namely Nike and Google—overlap with Ghost Note’s.

The agencies’ new partnership creates opportunities for both to expand their client rosters and share office space. In the near future, the two plan to establish a new combined office in Washington, D.C.