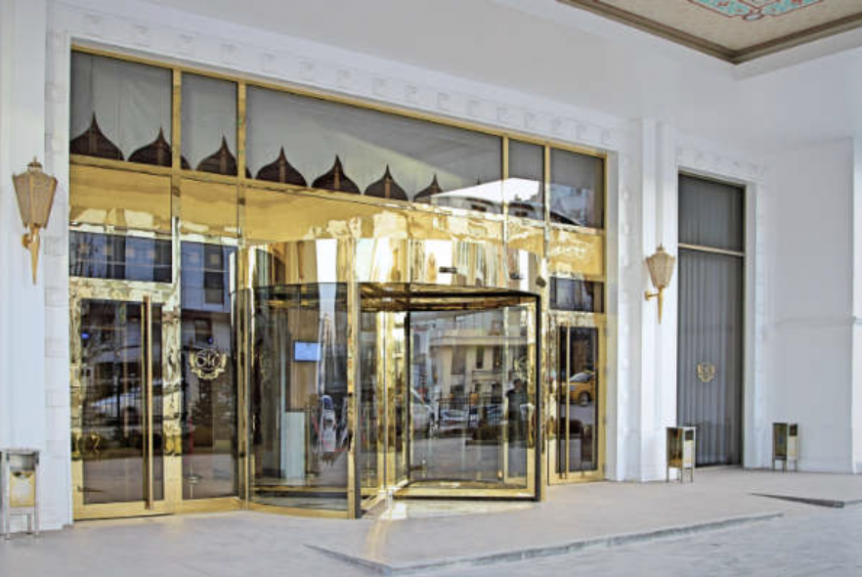 It’s the middle of summer. It’s hot. The glass in this week’s revolving door is sizzling, but behind those panes sits a cool collection of agency moves, and this week there were plenty of people finding new positions and agencies landing new clients.

Walk on through and check out who made a splash this summer.

Creative agency 50,000feet has been hired by air purifier brand Winix to raise brand awareness in the U.S. through a brand video designed to drive engagement and sales.

The video brings the brand’s new tagline “Let’s Breathe Together” to life and will be activated across programmatic display, programmatic video, paid social and connected TV.

Zeiger was formerly a senior leader at AMP Agency. In his new role, Zeiger will help shape the vision of Adlucent’s technology and data offerings.

Gibson joins Adlucent from Merkle. In his new role Gibson will work with Adlucent’s client services and technology teams to evolve the agency’s strategic capabilities from a retail industry and digital marketing perspective.

Ambassadors will be responsible for supporting both the creative development and dynamic scaling of Booking.com’s global performance marketing content.

Claims company Crawford & Company has selected Atlanta-based advertising agency Ammunition as the agency of record for Crawford’s all new SaaS offering, Asservio Crawford. Ammunition has been selected to bring a new product to market, as well as supporting the overarching brand strategy and messaging to support Crawford’s global business.

Code and Theory has appointed Stef Hoffman as group director, head of brand strategy. She will be responsible for evolving the brand practice to capitalize on the changing mandate of today’s CMOs. Most recently, she was the group director of innovation and brand consulting at R/GA.

Jehan joins from Matter of Form where she was creative director. Before that Jehan spent five years at SapientNitro.

Havas Media Group has launched a new sustainability marketplace in the UK, as part of its ongoing commitment to making a meaningful difference to brands, businesses and people. Existing Havas Media Group UK clients EDF, giffgaff and O2 are the first brands to sign up to the sustainability marketplace, with more expected to be announced soon, while PubMatic, Good Loop, The Guardian and TripleLift are all confirmed as partners for the proposition.

Fields joined Horizon Media in 2012. As chief development officer, he will oversee several business units and functions, including business development, Horizon Media Canada, Horizon’s multicultural practice, agency subsidiary 305 Worldwide and Horizon’s WHY consumer insights center of excellence. He will continue to serve on Horizon Media’s executive board and report to CEO Bill Koenigsberg.

Design and brand-building firm Ideo has appointed Detria Williamson to the role of CMO. Detria joins Ideo from Accenture Interactive, where she led digital transformation and pioneered the ICX (inclusive customer experience) approach.

Known has worked with Sesame Workshop for the past two years on audience research, data infrastructure, intelligence platform builds, and brand creative, including innovative motion graphics for the brand’s 50th anniversary.

McCann Worldgroup has expanded roles for three of its top regional leaders.

As with Lubar and Watson in their previous roles, Harfouche also will partner closely with Prasoon Joshi, APAC Chairman and CEO and chief creative officer of McCann Worldgroup India, who continues to provide vision and direction to McCann Worldgroup regional leadership.

WPP media agency Mindshare has appointed Kristina Palmer Shedd as its new global chief people officer. She joins from Publicis Sapient, where she was most recently vp talent acquisition. In her new role she will be charged with leading Mindshare’s people operations globally, working to cultivate and grow talent, partnering closely with the people teams at GroupM and WPP.

The Mill has promoted Tony Robins to managing director of its New York Studio.

Previously head of operations and prior to that head of 2D, Robins brings 25 years of experience within the VFX industry to the role. He has been a creative leader within The Mill’s New York studio for 13 years. In the new role, he will work closely with The Mill’s global management team to explore growth opportunities within the company’s three core sectors: visual effects, creative production and experiential marketing.

Ogilvy UK has promoted Victoria Day to managing director for Ogilvy Advertising UK. She will focus on driving growth for Ogilvy’s advertising business in the U.K.

Day previously held the role of managing partner and head of account management at Ogilvy. She joined Ogilvy in 2018, as MP on the flagship Boots account. Prior to joining Ogilvy Victoria worked at Saatchi & Saatchi, FCB Inferno, Elvis and adam&eveDDB.

With a mission to pave the way for more women to lead at all levels of marketing, media and tech, She Runs It celebrates women and men who transform and set the pace for the industry, including an annual salute to three leaders who best embody the fearless spirit of the organization: Women of the Year. Now in its 58th year, the 2021 recipients of the award are: Lynn Lewis, US CEO of UM; Kimberly Paige, CMO of BET; and Meredith Verdone, CMO of Bank of America.

The Sterling-Rice Group (SRG) is growing its senior leadership team with the addition of three marketing veterans. Kristin Centanni, Bryant Ison and Preeti Philip have joined SRG as managing directors.

Centanni joined SRG following over 10-years working in consulting with PwC, leading its public sector state and local government consulting practice. Ison was most recently CMO at Columbia Care where he built its multi-million dollar CBD and cannabis brands. Preeti worked for over 10 years on the client side for CPG companies such as P&G, PepsiCo and The Hershey Company.

Global creative collective Thinkingbox has appointed Ryan Booth as creative director. He joins the team in Toronto and is tasked with expanding the creative team and its reach across the Canadian market.

Mallory Diamond has been brought on as Walrus’s head of development, a new role at the New York-based independent full-service advertising and media agency.

Diamond joins the shop from Rochester-based Partners + Napier after 11 years working across new business, marketing and comms, most recently as its director of agency Growth. In addition to vetting and pursuing new client relationships, Diamond will also champion Walrus’s media business.

We Are Social has promoted Brittany Wickerson to the new role of global head of media. Wickerson will focus on creating culturally relevant content, paid media and distribution strategies for We Are Social’s global client base.

For the past two years, Wickerson has led the media team at Socialize in Dubai, part of the We Are Social network, and will continue to do so in her new role.