-In the latest work for Cricket Wireless, Argonaut and its Avalon Studios has created “Calendar of Happy Customers,” a new social campaign for the holidays. It is the largest production yet for Avalon and is the next iteration of Cricket’s incorporation of real customers talking about their experiences. The “FaceTime with Fans” concept shows Cricket customers in their element and sometimes even caught off-guard.

–Kristen Cavallo, the CEO of The Martin Agency, has gained a new title at IPG with her promotion to global CEO of MullenLowe Group.

–Pranav Yadav has been promoted to global CEO of Neuro-Insight.

-A new campaign from Canyon THC by TDA Boulder has purposely co-opted the psychedelic look, but flipped the carefree Summer of Love notions on their heads.

-The American Advertising Federation (AAF) has launched a new podcast series, “Future Legends of Advertising,” co-produced by iHeartMedia and Known. The podcast is being launched on the 30th anniversary of the AAF Advertising Hall of Achievement (AHOA) and will pair advertising luminaries with this year’s AHOA inductees in an eight-part series that will explore issues of interest to the industry.

-If you didn’t know it, World Toilet Day is tomorrow, November 19, and global non-profit iDE is dropping a load of visible communications in New York to honor the day. Conceptualized and executed in partnership with Fortnight Collective and The Experiential Group, the installation features eight restrooms in a trailer which will be parked in SoHo, on Broadway between Spring and Broome streets, a neighborhood known for its lack of public toilets. The installation is aimed to bring much-needed relief to New Yorkers and sets the backdrop for a larger conversation about the fact that one in two people across the world don’t have a toilet at home. 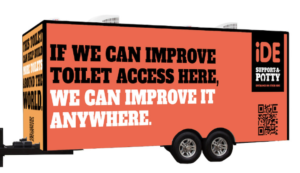 World Toilet Day is Nov 19 and New York City is getting a very flushable campaign.

-Punkzles, a puzzle experience company dedicated to bringing consumers closer to the artists that challenged culture, has launched another iteration, featuring Paul Hudson, also known as H.R., of legendary and influential D.C. hardcore band Bad Brains. The company, which was created by the founders behind Truth Collective, launched late last year with an image of Johnny Rotten. 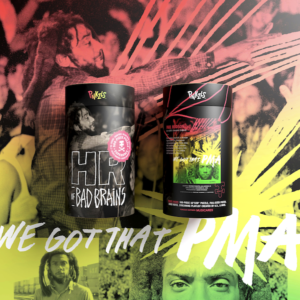 H.R. from Bad Brains is the latest Punkzles feature artist.