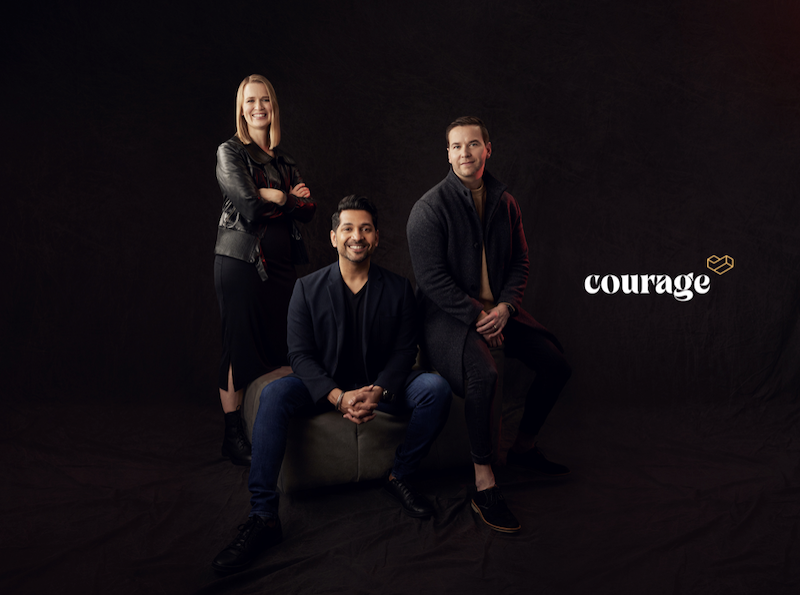 In April, former Rethink partners announced that they were going out on their own with a new agency to be backed by No Fixed Address. The agency has now launched under the name Courage.

Co-founders and CCOs Dhaval Bhatt and Joel Holtby launched the fully independent, owner-operated creative shop with president and partner Niki Sahni. Bhatt was a partner and creative director at Rethink—while Holtby had been with Rethink for nearly 10 years, most recently as a partner, creative director and head of art and Sahni served as Rethink’s group account director.

Bhatt and Holtby are responsible for many award-winning campaigns at Rethink that have come out of Canada in recent years for brands including Ikea, Heinz, Molson Canadian, Honey Nut Cheerios and Scotiabank.

Courage is backed by No Fixed Address co-founders Dave Lafond and Serge Rancourt—and it becomes the latest addition to the North American independent marketing collective that also includes Mischief @ No Fixed Address.

“We wanted to create a place where people and brands can find their courage, because we believe courage can make you do amazing things,” said Dhaval in a statement. “And now more than ever, brands need to be amazing if they’re going to break through and carve out market share.”

He described Courage as a “one word business model: hire people who show courage, find clients who want courage, and do work that takes courage.”

The Toronto-based agency will partner with clients across North America. At less than a week old, Courage has already been assigned projects for global brands that they have not yet named.

“We love Courage as a name because it offers instant clarity to anyone who hears it on who we are and what we’re about to do. Right off the hop, it creates a shorthand that lets us get to breakthrough work faster and in a more fun way,” said Holtby in a statement.

Courage adds serious fuel to the network’s powerful momentum and expansion of creative services across North America and the world, including its growing health arm, digital products offering, performance marketing and media planning and buying.

No Fixed Address Inc has grown over the past year, with North American revenue increasing 100%, driven in large part by growth from Mischief and NFA Health.

“We are a home for the most incredible talent who desire the freedom and flexibility to forge an exciting future for creativity. When they dream it, we build it. We’re so lucky to be partnered with Dhaval, Joel and Niki and cannot wait to see what they do,” said Lafond in a statement.