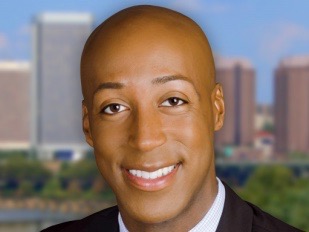 FOX61 has switched up its anchor teams. 4pm anchor, Lorenzo Hall, will also co-anchor the 10pm newscast with Audrey Kuchen.

Previously, he was the 4pm co-anchor and special projects reporter for the Tribune-owned station.

Veteran anchor, Brent Hardin, will drop the 10pm newscast and continue to anchor the 5pm and 11pm shows.

The changes were made effective this week.