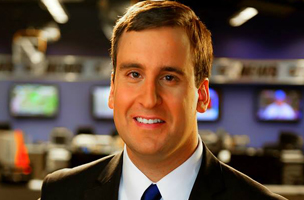 “Four years ago this week I moved home to live out my dream of working in TV news in my hometown. I never thought at my age that dream would become a reality,” he said.

Slaybaugh is set to get married in the Spring.

“My last day on air will be October 4th. I still love my hometown and for that reason Madelaine and I will be staying in the Colonial Heights/Richmond area, but I will no longer be working in TV. I am going to be taking some time to spend with family,” he said.

TVSpy reported his move to the Nexstar owned ABC affiliate in 2013. He previously worked at WSET-TV in Lynchburg, Virginia.